How China and Germany can cooperate on climate protection

At a recent conference in Berlin co-organized by the MCC, participants discussed how Germany and China can learn from each other. 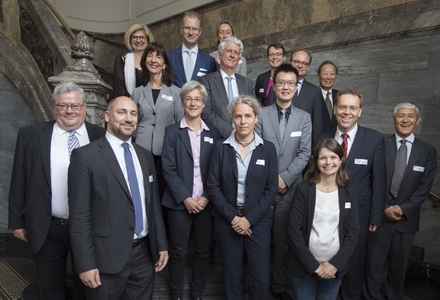 After the withdrawal of the United States from the Paris climate accord, it is now up to other countries to act more ambitiously on climate protection. Cooperation between Germany and China plays a key role here. In order to address this pressing topic, the Mercator Research Institute on Global Commons and Climate Change (MCC), together with the Mercator Institute for Chinese Studies (MERICS) and the European Climate Foundation (ECF), convened a discussion forum in Berlin this past Friday. The event, entitled "Joining forces in global climate policy: New perspectives for Chinese-German cooperation", was organized in collaboration with China's National Center for Climate Change and International Cooperation (NCSC).

As discussions in the symposium showed, there are multiple opportunities for bilateral cooperation, particularly in the area of emissions trading. With the EU ETS, Europe has had a trading scheme for carbon permits in place for twelve years now which includes Germany. China plans to launch its own system—which will then be the world’s largest—later this year. Other topics on the agenda included green finance, a label for financial products that create incentives for low-carbon investments, as well as climate-friendly urban planning.

At the beginning of the event, Tian Chengchuan, Director of Climate Strategy of China’s National Development and Reform Commission (NDRC), made some concrete proposals. Tian, for example, suggested further promoting the exchange of researchers between China and Germany. He also stressed that China is devoted to South-South cooperation, a means of mutual support between developing countries. In Africa, the country has plans for many new pilot projects—here too, Germany and China should cooperate according to Tian. 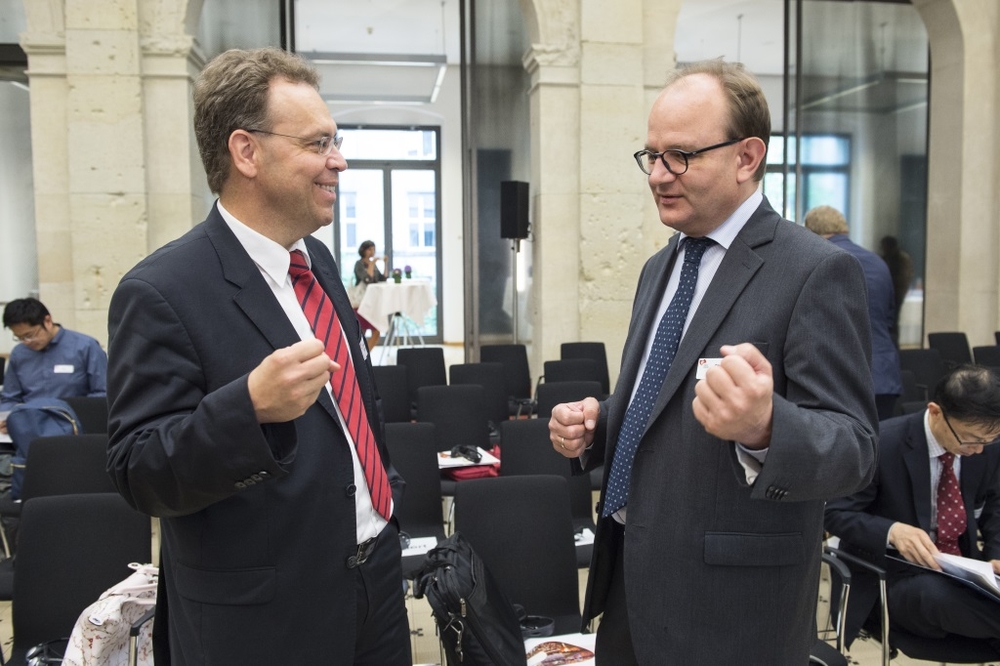 In his subsequent lecture, MCC Director Ottmar Edenhofer pointed out that the underprovision of public infrastructure such as water, electricity and transportation is the second major challenge besides climate change. These two challenges must be tackled together. Carbon pricing is a key instrument in this respect: On the one hand, it makes emissions more expensive and incentivizes climate-friendly investments and, on the other, it generates revenue for financing infrastructure. "It is enormously important that China is now implementing a nationwide emissions trading scheme. I hope China and Europe can exchange best practices," said Edenhofer.

During the panel on the topic of green finance, it became clear that we are still lacking a common definition of the term "green” and that the views of Europeans and Chinese diverge. For example, in China, more efficient coal plants equipped with special filters are mostly considered to be "green". In the climate debate, such power stations are referred to as "clean coal", although they continue to cause considerable damage to the atmosphere. "We need to develop a common language, like a grid, where it is easy for investors and also for the third parties that will provide credibility to actually understand what is in that (financial) package," said Gerrit Hansen from environmental organization Germanwatch. 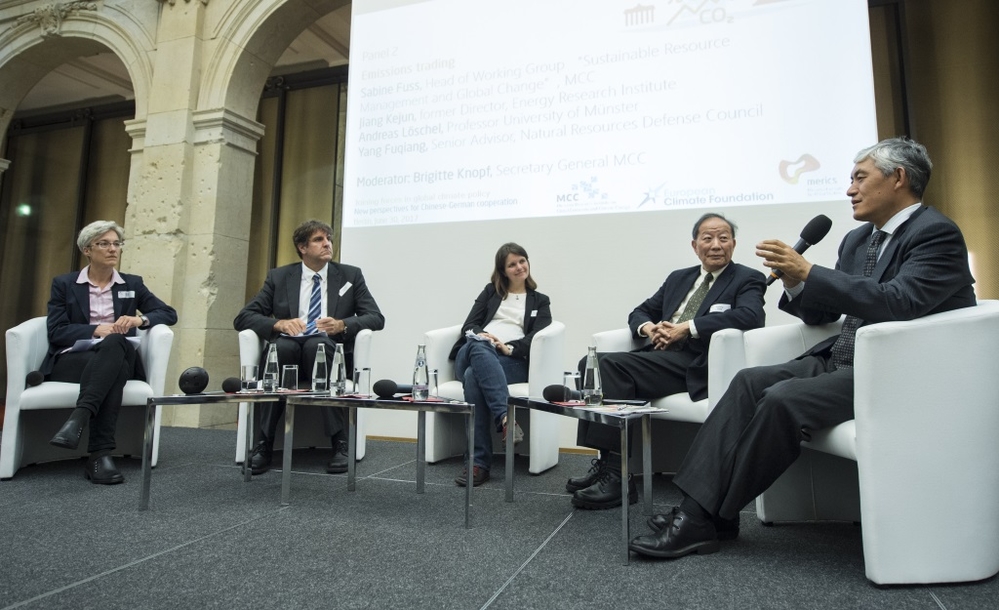 The discussion on emissions trading was hosted by MCC Secretary General Brigitte Knopf. Jiang Kejun, Director of the Chinese Energy Research Institute (ERI), said China’s nationwide trading scheme will presumably be implemented in the last quarter of this year. It will, at the outset, comprise only four instead of eight sectors. Which sectors will be included and if, for example, the steel industry will also be part of the trading system was not yet clear. Moreover, Andreas Löschel from the University of Münster expressed skepticism as to whether the emissions trading schemes in Europe and China could be linked. He proposed that, in the beginning, sectoral agreements could be made to link the systems, whereas full linking could possibly be implemented at a later stage. The panelists agreed that the exchange of experiences is of primary importance with respect to emissions trading. Not only could China learn from the experiences of the EU ETS, but Germany could also learn from the different pilot projects on emissions trading in China already underway.

Experiences can further be exchanged in the area of climate-friendly urban planning, which was the topic of the final panel of the day. For example, Germany could learn from new mobility concepts such as bike sharing: Originally driven by Alibaba and Tencent, whose interest is in mobile payments, bike sharing has now ten million clients only in Beijing, said Christian Hochfeld from Agora Verkehrswende. On the other hand, small German cities can be an example for China in terms of short-ways and the alignment of residential and commercial areas’ activities, said Sandra Retzer from the German Corporation for International Cooperation (GIZ).

Slides of the presentation by Ottmar Edenhofer