Against fake news in the climate debate

Whether we can drastically reduce greenhouse gas emissions depends also on the quality of the democratic discourse. An MCC study is getting to the bottom of this connection. 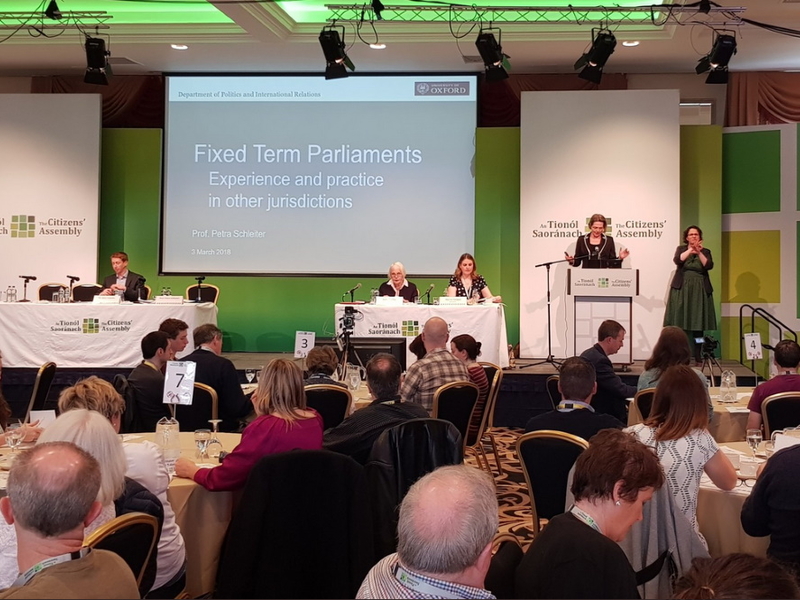 Polarization of society, the rise of populist parties, dissemination of false information ("fake news"); in fear of such consequences, governments often shy away from ambitious climate policy.  The mitigation of global warming thus becomes a question of political culture and communication. A study carried out by the Berlin-based climate research institute MCC (Mercator Research Institute on Global Commons and Climate Change) sheds light on the concrete steps that must be taken to make democratic discourse more efficient and robust. The study was recently published in the renowned journal Moral Philosophy and Politics.

"With targeted reforms, it is quite possible to make people discard their rigid opinions and become less entrenched in the climate debate," says Dominic Lenzi, researcher in the MCC working group Scientific Assessments, Ethics and Public Policy and author of the study. "We deal with innovative formats of exchange of opinions, competition in the media landscape, strategic communication of climate protection measures, financial incentives for citizens and new accents in the education sector."

Unlike standard political discourses, the concept of “deliberation” empowers citizens to form beliefs through an exchange of arguments, based on mutual respect. Deliberative formats such as mini-publics can consider climate change, and propose ambitious climate policies. A frontrunner is Ireland, where a citizens' assembly was set up in 2016 for a period of one and a half years. It consisted of randomly selected ordinary citizens, although it was exactly representative of the general population in terms of age, gender, income and regional origin, and provided some surprising political breakthroughs with ideas that were later adopted by the regular parliament. The British government has also now commissioned deliberation platforms across the country to consider the response to climate change. The MCC researcher advocates that "such formats can significantly reduce polarization in a society".

However, the study concludes that in addition to this, to make rapid progress in climate protection, “nudging” is needed. This means reforms that make information on global warming more accessible, or reward changes in individual behavior. "The state can overdo it and treat its citizens like small children, but there are also forms that are compatible with a culture of deliberative debate," says Lenzi. "The media is a powerful vehicle for climate change nudges. Penalties for the deliberate distribution of fake news are conceivable, as are additional funds for critical reporting in public broadcasting.”

Lenzi thinks it is important that experts with different values have their say on both sides of the debate; “but we should be wary of the presentation of a false balance of opinion, e.g. presenting climate change sceptics as scientific experts.” Sanctions relating to climate-damaging behavior would be an option, especially when misinformation about climate change has been deliberately produced. “And finally, the education system should strengthen the understanding of scientific knowledge processes."