An extra 200 million tonnes of CO2 for the EU

A study quantifies the extent to which we are harming the climate through imported goods. The yardstick for attributing emissions to producers and consumers is economic benefit. 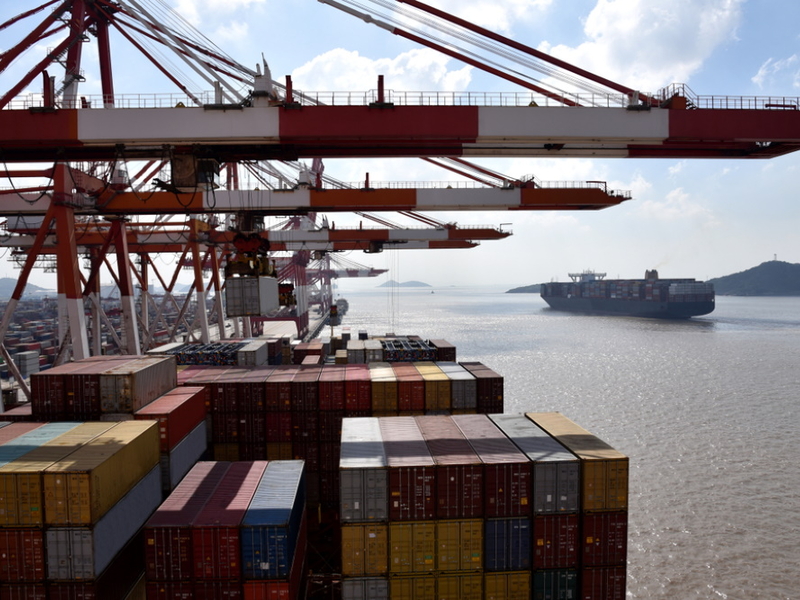 Export power: The deep-water port of Yangshan near Shanghai has the largest automated container terminal in the world. | Photo: Shutterstock-Bugno

As usual, huge quantities of Christmas presents made in China have recently ended up under European Christmas trees. While this is far from climate-neutral, it is neutral to the official EU climate balance sheet, since greenhouse gas emissions are attributed to the country in which the goods are produced. An alternative calculation of consumption-based emissions is available (on the world map of the Global Carbon Project research network, for instance), but as it neglects the producer country’s responsibility, this approach is hardly politically acceptable. A new study has now come up with an approach to really convincingly distribute the ecological footprint of internationally traded goods to both sides. The study was conducted by the Berlin-based climate research institute MCC (Mercator Research Institute on Global Commons and Climate Change) and the University of Leiden in the Netherlands, and has just been published in the renowned journal Global Environmental Change.

"This issue is of great importance for global climate negotiations, and also for the debate on climate tariffs," explains Michael Jakob, Senior Researcher in the MCC working group Climate and Development and lead author of the study. "In our globalised world, which is based on the division of labour, states are shifting responsibility to each other for emissions generated in the production of internationally traded goods." In view of this sensitive setting, the study relies on a novel research approach that strictly follows economic logic. "Our initial question was: if the production of goods pollutes the climate on the one hand – who, on the other hand, benefits from it?"

In order to quantify this, the researchers examine the real flows of goods in world trade, illustrated in the world input-output database WIOD. This is financed by the EU Commission and provides data across 44 regions and 56 sectors. It also shows the carbon intensity of the trade flows. On this basis, they assess the "What if ..." counterfactual: if the climate damages associated with production were reflected in the product price, what would be the effect on producers and consumers? The result is that producers would have to charge more and sell less, and consumers would have to pay more and buy less. At this point, the study relies on solid estimates from academic literature on the so-called import and export elasticities. In this counterfactual scenario, climate damage is priced in through a carbon price: the state charges producers 50 dollars per tonne of CO2 emitted; the amount can be varied in the novel analysis model.

For the year 2014 (more recent results cannot yet be calculated due to lack of data), a comparison of the real and the counterfactual scenario yields the following, for example: of the economic benefits from China’s exports, resulting from the fact that they are not yet appropriately charged via the carbon price, 46 percent accrue to China itself and 54 percent to its trading partners. Accordingly, it follows that responsibility for the emission of the 2,160 million tonnes of CO2 in China's export industry should be distributed in the same proportion. In a strictly consumption-based approach, these emissions would be fully credited to China's trade partners, whereas the traditional production-based approach would attribute them completely to China itself.

"If this is calculated for all trade flows, the CO2 emissions of the EU-28 would be 7 percent or 239 million tonnes higher than in the traditional on-site accounting," concludes Hauke Ward, Assistant Professor at the University of Leiden and also lead author of the study. For the US, the result is an extra 8 percent or 436 million tonnes, while China's emissions are adjusted downwards by 7 percent or 736 million tonnes. "So our economically sound approach does not completely turn the responsibilities upside down," says Ward. "It simply sharpens the scientific analysis of climate policy and global trade – and hopefully helps to add realism to the political discussion.”