Advanced research on optimal policy: if the state enforces carbon pricing, it does not have to be at the expense of those with lower incomes; they can even benefit. 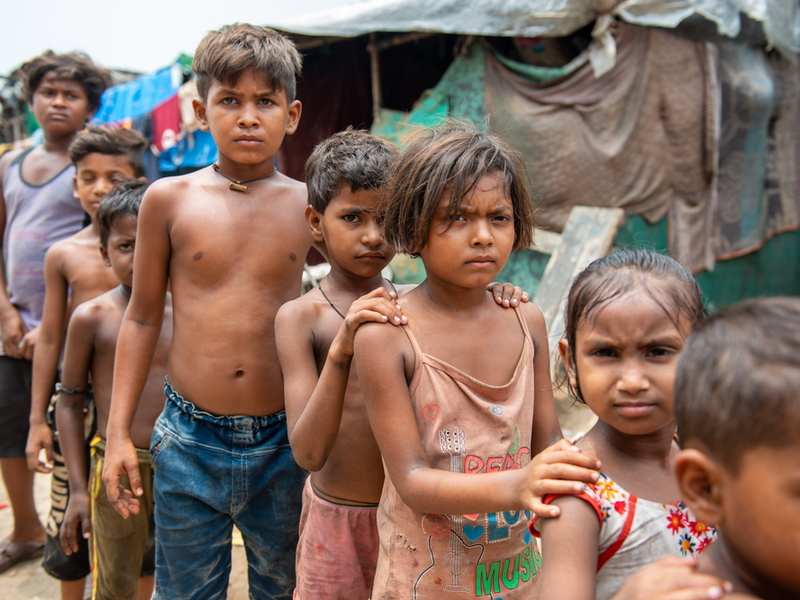 The fight against global heating must also allow for social development today: children in a poor settlement in New Delhi. | Photo: Shutterstock/PradeepGaurs

The fight against global heating and the alleviation of poverty around the world are compatible, even in the short term. For both goals, it can be useful to quickly and sharply increase the price of greenhouse gas emissions and thus fossil fuels. Although commonly used computing models show these goals conflict, this is resolved when taking into account the redistribution of revenues. This is the finding of a research team from the Berlin-based climate research institute MCC (Mercator Research Institute on Global Commons and Climate Change) along with 16 other scientific institutions in Europe, America and Asia, including the top US universities Princeton, Harvard and Berkeley. The study is published in the renowned journal Nature Climate Change.

The starting points of the paper are the established cost-benefit models for "optimal climate policy". They consider that those with lower incomes today always bear part of the burden of climate policy, such as higher prices for fuel and heating. The people of tomorrow, on the other hand, benefit from the climate damage avoided. In the established models, this conflict of goals results in an optimal time path, in which a given limit of global heating is achieved, favourable from both a cross-generational and a socio-political perspective. "As a result, these models have a quasi built-in recommendation against rapid action," says Simon Feindt, a PhD student in the MCC working group Governance and co-author of the study. "But they have a blank spot: they ignore the fact that socially balanced climate policy can make the income-poor better off even in the short term."

The study illustrates how this can be done with a simple scenario: the world would limit global warming to 2 degrees Celsius, solely through a uniform tax on fossil fuels in all countries – and the entire revenue of each country would be returned to their population as a uniform per capita payment. The team of authors determined how such a tax would work in each country by systematically reviewing the relevant research literature.

With the NICE calculation model, which is frequently used in science, they then calculated the distributional effect of the necessary tax – both with revenue recycling and without. The model divides the world into twelve geographic regions, with five income strata of equal size in each region. To give examples for countries with different economic power, the study highlights for this 2-degree-Celsius scenario: in the short term, i.e. in the phase of rapid decarbonisation, the entire poorer half of the population in the USA, China, and India is better off than in a world without additional climate policy efforts and thus higher climate damages. The poorest 40 percent in India are even better off in the long term. And for prosperity as a whole, carbon pricing with revenue recycling is better than business as usual in all regions.

If the 2-degree target is not externally imposed and per-capita repayment is ignored, as expected, only an initially moderate climate policy is recommended in order not to place an undue burden on the poor. If, however, a per-capita repayment is included, the optimal solution is a significantly more ambitious climate policy. It would result in 60 percent lower 2030 global emissions compared to the business-as-usual scenario.

"Rich households cause more CO2 emissions, so they pay more for carbon pricing, but only get back as much as poor households," explains Ulrike Kornek, Senior Researcher at MCC, Professor for Environmental and Resource Economics at Kiel University and one of the lead authors of the study. "For this reason, socially balanced climate protection does not lead to less, but to more purchasing power for a large part of the population. Saying that social peace and economic development suffer is a classic counter-argument to decisive action, but it is wrong."