Climate protection needs growth, but not business as usual

An analysis for the journal WIREs Climate Change systematically highlights where we should rethink our understanding of a dynamic economy with a view to greater sustainability. 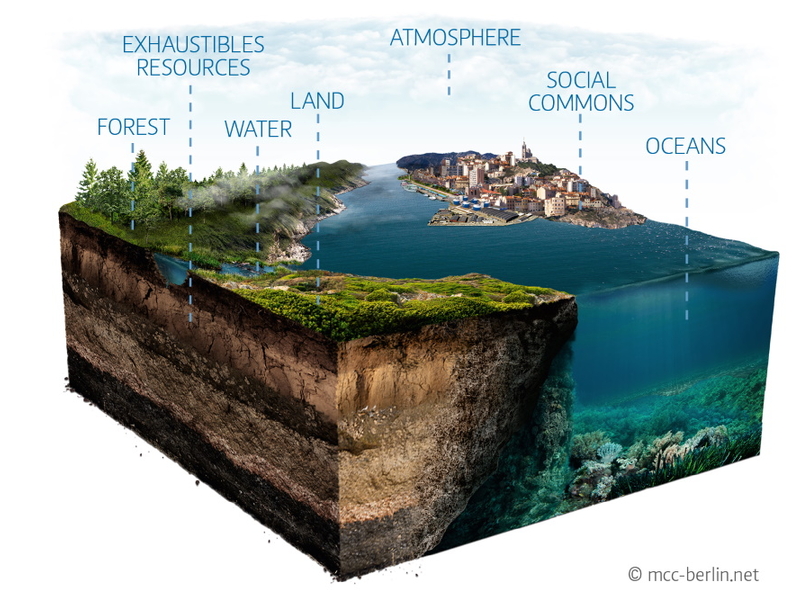 Limits to growth? In any case, the planet's natural resources are finite. | Photo: MCC

Science has been arguing about the "Limits to Growth" since at least 1972, when the eponymous classic of environmental literature was published by the Club of Rome circle of experts. Do we need "de-growth", i.e. shrink the economy, to protect the planetary boundaries? Or would that be fatal because we would then lack the resources for restructuring? A team of authors led by the Berlin-based climate research institute MCC (Mercator Research Institute on Global Commons and Climate Change) explores how to avoid the climate debate becoming bogged down in this crucial question. Their analysis has just been published in the journal WIREs Climate Change.

The authors identify four more fundamental controversies, which are overlaid by the dispute over growth: (1) how to quantify "human well-being", (2) whether economic growth can be decoupled from energy consumption, (3) whether climate policy should be aimed at technical progress or at changing lifestyles, and (4) whether central market-based incentives work or whether, in order to ensure this, decentralised power structures and dependencies need to be addressed.

"Zero growth, or even shrinking of the economy, is not helpful for climate protection either. The Soviet Union, for example, had a devastating ecological balance with little economic dynamism," says Michael Jakob, Senior Researcher at the MCC and lead author of the analysis. "But we note that some de-growth proponents raise important points in relation to each of these four controversies. Many economists are often inclined to dismiss them quickly, but having a closer look we identify important intersections with mainstream climate economics."

As a proposal for a broader consensus, the authors formulate a "sustainable transition perspective". This determines that indeed, science should more strongly consider the fact that the explanatory power of the gross domestic product as a measure of prosperity is limited: while it quantifies the value of the goods and services currently produced, the real interest for society is how the needs of present as well as future generations are met. In addition, at least in terms of provision, the financing of the state and social security systems would have to be reformed so that they are less dependent on growth, since the extent to which this may be achieved in a resource-neutral way cannot be determined with certainty. Politics should also provide incentives to change social norms (for example through "nudging") as well as for technical progress. Finally, politics should primarily rely on market-based governance and restrain from bans, because these often have a regressive effect, i.e. they place an excessive burden on low-income-households. However, where economic and social power structures stand in the way of the functioning of the market mechanism, climate policy must not ignore this.

"We should not demonise growth, but the social costs that may be associated with it should be made visible and priced into market decisions," says Ottmar Edenhofer, Director of the MCC and one of the co-authors of the analysis. "Rising economic output, however, does not automatically mean more of the same, i.e. business as usual and material consumption in abundance. Growth can also translate into a better quality of products, better services, and better structures."