An MCC-led model study explores how to prevent inflation risks and perilous outcomes in financial markets due to the phasing-out of coal, oil, and gas. 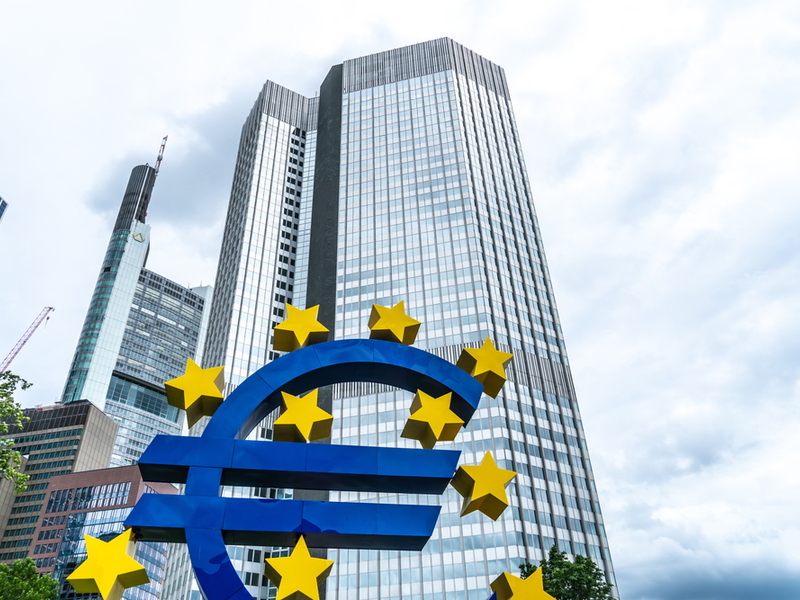 It already has the right instruments: European Central Bank in Frankfurt. | Photo: Shutterstock/Cineberg

As pressing as the fight against global heating is, it must be carefully managed with regard to the financial markets. If fossil-fuel related assets are abruptly reassessed, bank capital could deteriorate, leading to a credit crunch and economic decline. The key role of central banks in this context has now been illuminated more comprehensively than ever before in a new study. The study was led by the Berlin-based climate research institute MCC (Mercator Research Institute on Global Commons and Climate Change) and published in the renowned Journal of Environmental Economics and Management.

"Central banks have recently been looking very carefully at the macroeconomic and financial effects of climate policy," says Francesca Diluiso, a researcher in the MCC working group Economic Growth and Human Development and lead author of the paper. "People want to be prepared against possible cascading effects, following the 2008 global financial crisis in which abrupt declines in the value of US real estate sent the real-world economy into a tailspin. With the imminent transition from a fossil fuel to a fossil-free era, we provide the first comprehensive, theoretically and methodologically sound analysis of the options for central banks’ policy action."

The research team constructed a New-Keynesian model – a common tool to analyse economic events and various macroeconomic policy adjustment measures. The model represents energy sectors and climate policy in specifically accurate ways and runs three scenarios for the Euro Area in the period 2020 to 2030: (1) a steadily rising carbon price, which reduces cumulative emissions within this period by 24 per cent as envisaged in the EU Green Deal ("orderly transition"), (2) three years of inaction and then a sudden, unannounced catch-up also resulting in 24 per cent lower emissions ("disorderly transition"), and (3) a shift in sentiment in the financial markets with an abrupt 6.5 per cent drop in the value of fossil assets ("financial shock").

The results show that an orderly transition can be well managed with conventional monetary policy; despite the increase in the price of energy, the costs of the transition reduce economic output by a mere 0.8 percent in 2030, with the benefits from reduced global warming not included in this calculation. A disorderly transition, while only slightly more costly, leads to considerable volatility of inflation. According to the study, it is advantageous for the European Central Bank to be geared exclusively to stable prices and strongly react to changes in inflation rates.

The model analysis also indicates that central banks can aid in absorbing a possible financial shock triggered by climate policy, i.e. a fire-sale of fossil assets with a corresponding loss in value. Two emergency instruments that have only recently been introduced in response to the global financial crisis will help: large-scale asset purchases conducted by the central bank ("quantitative easing"), and stricter balance sheet rules to influence asset purchases of banks ("capital requirements"). The team of authors makes the point that, in principle, these instruments could be made even more climate-protective by favouring low-carbon assets (e.g.“green quantitative easing”), but there are also economic trade-offs to consider.

"Overall, we show that central banks can significantly facilitate a smooth transition towards climate neutrality," emphasises Matthias Kalkuhl, working group leader at MCC and co-author. "And this can be done consistently with their existing mandates – i.e. within the perimeter of their jurisdictions. This requires, however, an effective and credible climate policy, for example via steadily increasing carbon prices. Central banks cannot step in for missing or inadequate climate policy instruments by governments. "