A new study, co-authored by the MCC, finds that fossil-fuel divestment offsets the effect of the so-called "green paradox" under the right conditions. 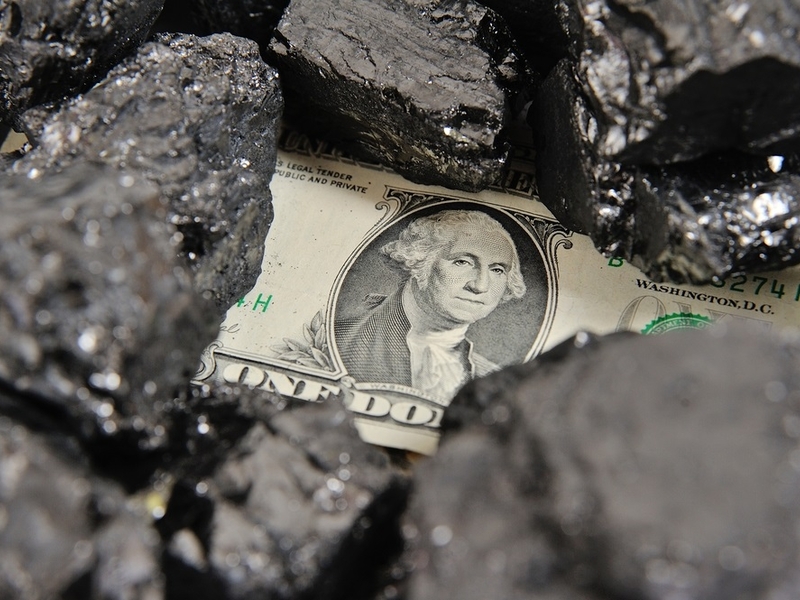 Putting the Paris climate agreement into practice will trigger opposed reactions by investors on the one hand and fossil fuel owners on the other hand. It has been feared that the anticipation of strong CO2 reduction policies might drive up these emissions – referred to as “green paradox: before the regulations kick in, fossil fuel owners might accelerate their resource extraction to maximize profits. Yet at the same time, investors might stop putting their money into coal power plants as they can expect their assets to become stranded. A new study, co-authored by the Mercator Research Institute on Global Commons and Climate Change (MCC), for the first time investigates both effects that to date have been discussed only separately. On balance, divestment beats the green paradox if substantial carbon pricing is credibly announced, a team of energy economists finds. Consequently, overall CO2 emissions would be effectively reduced.

“Strong future climate policies can reduce emissions even before they come into effect if they are credibly announced,” says lead-author Nico Bauer from the Potsdam Institute for Climate Impact Research (PIK). While the Paris agreement is weak in short-term policy ambition, with close to 200 countries committing themselves to limit temperature increase to well below 2 degrees Celsius compared to pre-industrial levels, it will require strong climate policies in the future to reduce emissions over the longer term. “We find that ten years before carbon pricing policies are actually introduced, investors start pulling their money out of the coal power sector,” says Bauer. “They shy away from investing in fossil fueled power plants as they realise that the lifetime during which these plants will make money will be curtailed by the future climate policy. We find this divestment reduces emissions by between 5 to 20 percent, depending on the strength of the climate policy, already in the time before the climate policy gets implemented.”

Coal is particularly susceptible to carbon pricing. “Adding a carbon price of 20 US-dollars per ton of CO2 doubles the cost of using coal,” says co-author Christophe McGlade from University College London (UCL) and the International Energy Agency (IEA). “Power sector investors see that coal power plants will become uncompetitive under carbon pricing and so shift their portfolios towards low-carbon sources of electricity.” McGlade adds: “Oil is much less sensitive to carbon pricing. While we found that the green paradox effect can emerge in oil markets – with major oil resource holders boosting oil production because of fears their resources will be left stranded – this is likely to be much smaller than the divestment effect that reduces coal use.”

Computer simulations of energy markets’ future dynamics are commonly used to investigate the economic effects of policies. “We ran our simulations with a variety of CO2 pricing levels, steadily reaching between 25 and 300 US-dollars per ton CO2 by 2050, with a medium scenario of 100 US-dollars, in a variety of different timings,” says co-author Jérôme Hilaire from the MCC, who also works at PIK. He adds: “This is to account for uncertainties, but the divestment effect prevails over the green paradox effect in almost all tax cases investigated regardless of the implementation delay, and therefore decreases overall emissions. Only if CO2 pricing starts very late, for example not before 2050, and at then a very low level, anticipation by market forces leads to an increase in CO2 emissions instead of a decrease.”

“Our results hinge on some crucial assumptions – that policymakers can commit to introducing strong climate policies several years into the future, that the carbon pricing is uniform across regions, that investors believe the policy-makers will do what they say they will do, and that investors are shrewd in adapting their investment strategies accordingly,” says co-author Paul Ekins from UCL, who is also a member of the European Union Commission’s High-Level Panel on Decarbonisation Pathways.

If different CO2 pricing regulations at different price levels were to be introduced in different countries, the authors find that while some emissions-intensive production facilities move from places of high regulation to those with low standards, this effect is limited. “CO2 emissions pricing schemes are emerging in China, the EU is currently in the processes of fixing its trading scheme, and CO2 prices are in place in the UK, in Chile, in Canada, and even in California, the sixth-largest economy in the world. The Paris agreement delivered a strong signal that policy makers take climate change seriously and are ready and willing to deliver on the necessary emissions reductions. By anticipating the implementation of policies to tackle climate change, market forces will likely reduce emissions, helping us on the first step towards achieving deep emissions reductions – as long as the policy signals are strong, clear and credible.”