After the roundtable agreement in Germany, public debate was even more polarized, rather than being pacified, according to big data analysis of comments on Twitter. 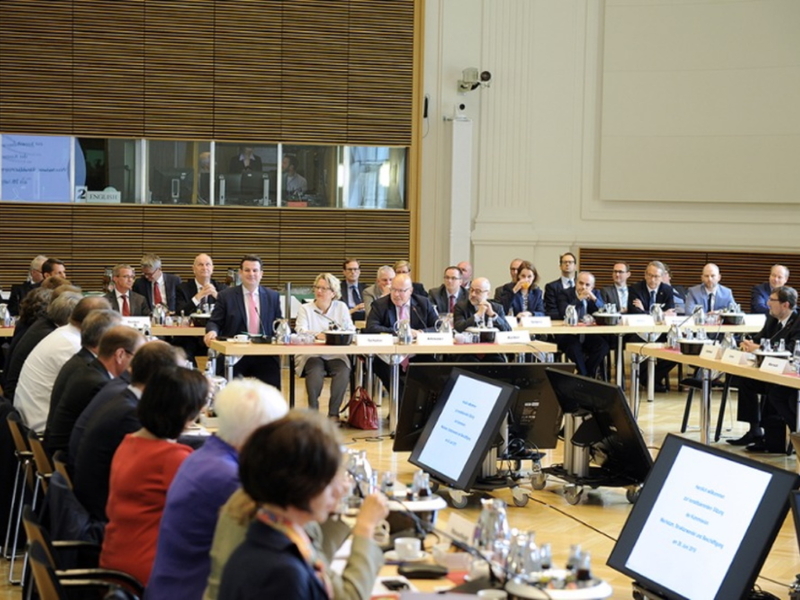 Opinions were divided on it: the German Coal Commission, here at its constituent meeting on 26 June 2018. | Photo: BMWK/Susanne Eriksson

A novel research approach that analyses political discourse through the automated text evaluation of comments on the social media platform Twitter, is now providing insights into a fundamental question of climate policy: does it help social peace if the government settles tricky issues at the round table with all relevant stakeholders? For a prime example of such policies, the German Coal Commission 2018/19, the findings are sobering, according to a study, led by the Berlin-based climate research institute MCC (Mercator Research Institute on Global Commons and Climate Change), and published in the renowned journal Energy Policy.

Opinions were divided on the commission that designed the German coal phase-out by 2038 at the latest, and allocated billions of euros in aid for affected regions. For some, the committee, composed of experts from business, trade unions, politics, civil society and academia, was ideal for resolving conflicts; others grumbled about “commissionitis” as a substitute for leadership and good communication. “Traditionally, you gauge the course of public opinion through repeated surveys,” says Finn Müller-Hansen, a researcher in the MCC working group Applied Sustainability Science, and lead author of the study. “But those are expensive and lengthy – thanks to modern big data methods, Twitter analysis with its immediate and fine-grained results is also informative."

For their study, the research team looked at all German-language Twitter communication in the temporal context of the Coal Commission. They filtered out 558,000 German-language tweets and comments embedded in retweets that were related to the coal phase-out – and 1.8 million tweets and retweets on the climate crisis in general as a baseline for comparison. The comments were then evaluated according to three criteria: firstly, how positively or negatively the respective short message is written, secondly, what role certain keywords play in it, and thirdly, how the tweets were spread across the Twitter community.

“The result shows that the public discourse on Twitter after the end of the Coal Commission was even more controversial and overall more negative than before its start,” reports MCC researcher Müller-Hansen. “These trends are each more pronounced for statements on coal phase-out than for statements on climate in general, suggesting a strong link to the work of the coal commission.” The study lists 35 key words, of which, after the end of the commission’s work, most of the positive ones ended up being used less and the negative ones more often. And with regard to retweets, the study finds an increasing modularity: people communicated in their own bubble at the end more closely than at the beginning – even though the Coal Commission was aiming to bring together the different social subgroups and promote togetherness.

“Certainly, the roughly eight million Twitter users in Germany are not entirely representative of society, and automated analysis is still a young branch of research with potential for further perfection,”  explains Jan Minx, working group leader at MCC, and a co-author of the study. “Nevertheless, this type of study provides valuable insights for policymakers: here, it shows how this form of decision-making affects the sentiment of the country – and, more generally, big data analyses of social media can be used to measure the mood on various issues of energy, transport, heat, and agricultural transition almost in real time."