The MCC Director received the award for his services as political advisor, cautionary public voice and his work in the Intergovernmental Panel on Climate Change. 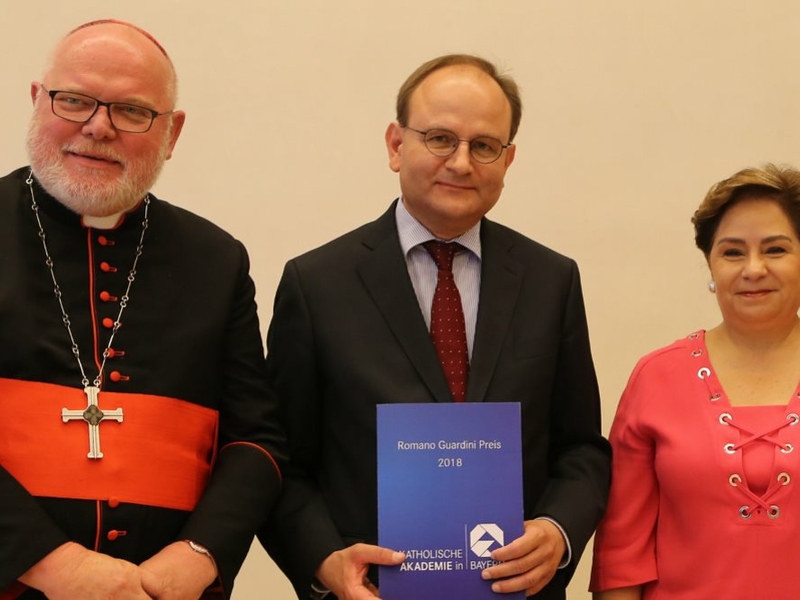 MCC Director Ottmar Edenhofer was awarded the Romano Guardini Prize of the Catholic Academy of Bavaria in Munich on Wednesday. He received the distinction for “outstanding services to the interpretation of the time and world in all areas of intellectual life”. The award, coming with a prize money of 10,000 euros, honors Edenhofer's achievements as political advisor, cautionary public voice and his leading function in the Intergovernmental Panel on Climate Change.

“As a high-ranking economist, committed political advisor and cautionary public voice, he tirelessly points to climate change as one of the world's most pressing problems and proposes concrete solutions,” commended the explanatory statement. Academy Director Florian Schuller also emphasized that much of Edenhofer's research had found its way into Pope Francis' encyclical “Laudato si”. “Both men believe that climate change, environmental degradation and poverty are closely interlinked problems that can only be solved through global efforts across cultures and religions.”

In his speech in front of more than 200 representatives from politics, science, business, religion, Edenhofer—who is also designated director of the Potsdam Institute for Climate Impact Research (PIK) and professor for the Economics of Climate Change—called for stronger multilateralism to combat the causes of migration. Europe could not ignore the wars in the Middle East as well as the ethnic conflicts and the consequences of climate change in Africa and other parts of the world, according to the MCC Director. 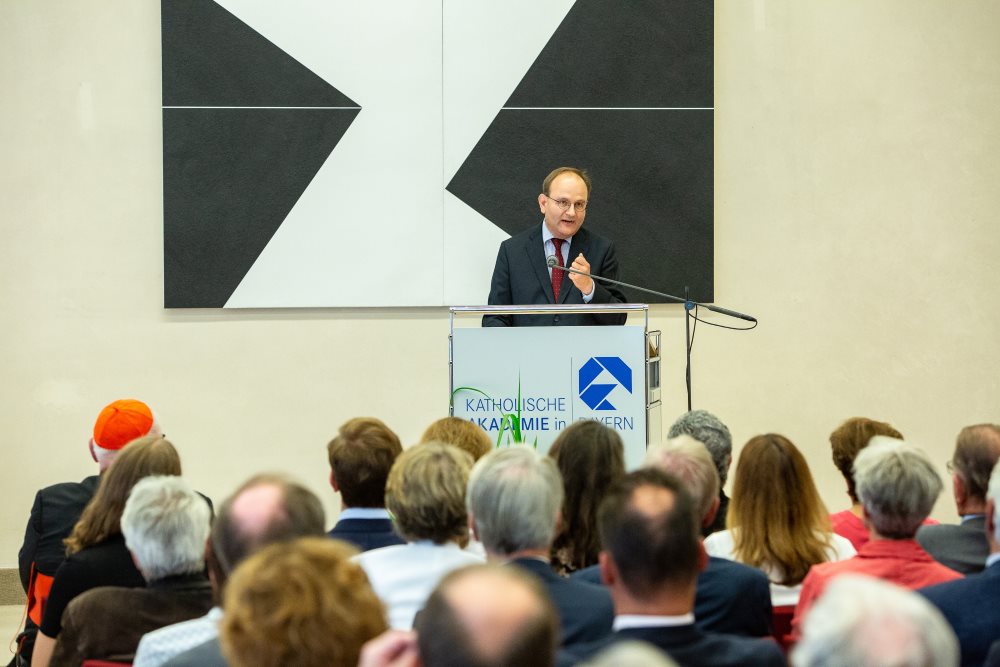 Ottmar Edenhofer during his speech before over 200 invited guests.

Executive Secretary General of the UNFCCC, Patricia Espinosa Cantellano, emphasized in her laudation that Edenhofer had contributed to laying the foundation for international climate policy by building the scientific basis for the 2015 Paris Agreement and its two-degree target. His research had influenced the key messages of “Laudato si”. Espinosa Cantellano pointed to “the idea of protecting the global common goods and the paradigm shift we need to make to achieve this”.
The UN diplomat emphasized that she was proud to call him “an ally on the road to climate protection”. She said, “Professor Edenhofer is more than a man of our time, he is a man of the future.” Espinosa Cantellano also stressed Edenhofer's independence. “He fully respects his opponent and is therefore able to maintain a genuine dialogue with all parties involved. We need more of this in the world.” 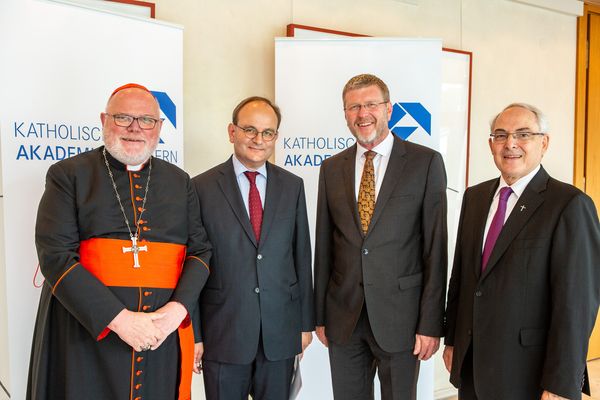 Bavaria's Environment Minister Marcel Huber (CSU) paid tribute to Edenhofer's “well-founded thought-provoking impulses”. In view of current political discourses, Cardinal Reinhard Marx warned not to get bogged down in new nationalisms. “We need to pick up the big thread. The Pope does this with the help of people like Professor Edenhofer.”

The prize commemorates Romano Guardini, one of the most important religious philosophers and theologians of the 20th century. Former prizewinners include the judge at the Constitutional Court Ernst-Wolfgang Böckenförde, the Catholic social ethicist Oswald von Nell-Breuning, the composer Carl Orff as well as then Federal President Richard von Weizsäcker and Cardinal Karl Lehmann.
Information detail