“Just transition” hailed as benchmark for an equitable climate policy

At the MCC, representatives from science, politics, industry and civil society discussed how to achieve a socially responsible coal exit. 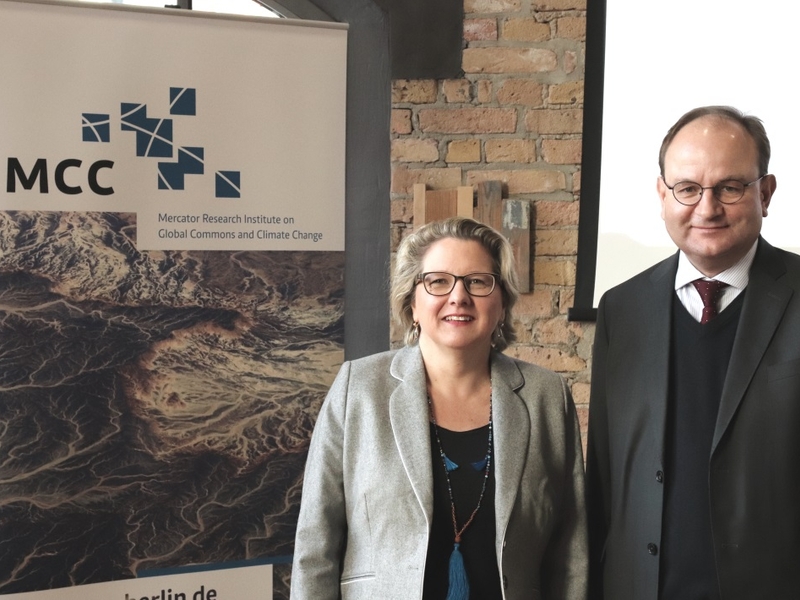 In the run-up to the 24th UN Climate Change Conference (COP24) to take place in Katowice, Poland, next week, the international conference “Politics of Coal,” held today at the Mercator Research Institute on Global Commons and Climate Change (MCC), zeroed in on the challenges of a global energy transition. More specifically, participants discussed which policy instruments might be used to render the decommissioning of coal socially responsible.

Against the backdrop of a renaissance of coal energy in numerous developing and emerging countries, the topic is of particular relevance. In Germany, however, a commission set up by the federal government to advise about the roadmap for a coal exit has postponed the publication of its final report until next year. “On the international stage, hopes were set on a clear sign for a coal exit on the part of Germany,” commented MCC Director Ottmar Edenhofer, “but with the postponement of the final report of the coal commission, Germany is hardly contributing to getting the 24th Conference of the Parties in Katowice on the right footing. Indeed, global consumption of coal had again increased last year—a state of affairs that underscored the importance of a presentation of a concrete exit plan by Germany. Let us not forget: it is not about the protection of coal-fired power plants but about the protection and dignity of human beings.”

In her keynote speech “A just transition - Our path to a socially just implementation of the Paris Agreement,” Svenja Schulze (SPD), Federal Minister for the Environment, Nature Conservation and Nuclear Safety, emphasized: “Germany needs a planned exit from coal. The exit must be socially equitable and linked to good structural development in the affected regions. [...] In my opinion, the concept of a ‘just transition’ provides the appropriate framework for this. It shows us that we must ask ourselves at all times how to make sustainability not only climate- and policy-friendly but also socially responsible and fair. In this sense, a ‘just transition’ can serve as the benchmark for the social dimensions of a modern climate policy.”

In their presentations, experts reported on experiences in their respective countries and sectors and showed where the transition has already been successfully completed. Jan Steckel, head of the working group Climate Protection and Development, said “Based on examples of several countries, we see how difficult it is to bring together different social interests and organize a swift exit from coal. A coal exit can only work globally if it is socially equitable.”