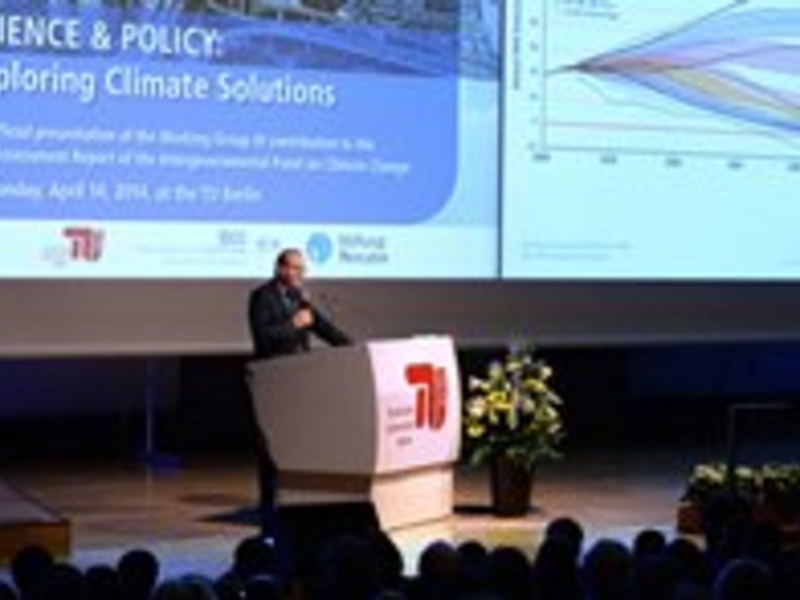 The TU Berlin is seeking to expand its access to international partners in the areas of climate protection, sustainable management and global commons through the Mercator Research Institute on Global Commons and Climate Change (MCC). To this end, the University has signed an agreement with the MCC and has recognized the Institute with its extensive research and consultancy network as an affiliated institution. With the cooperation, the research results of both institutions will contribute more effectively to scientific policy advice through so-called assessments.

“It’s important that we explore, for politics, viable paths for society to combat, mitigate and adapt to climate change,” said MCC director Ottmar Edenhofer. “Because, change processes such as climate change, the energy transition, urbanization and the loss of biodiversity are taking place at an ever faster pace. That’s why knowledge exchange with academia is so important. We see this cooperation with the TU Berlin as a first of many more to come with other universities.”

As a policy-relevant institute affiliated with the TU Berlin, the MCC intends to make concrete proposals in the field of climate economics, with a focus on areas such as resource protection, land use and urban development. The MCC is already integrated at the interface between science and policy in several networks, among them the IPCC and cooperation projects such as the Euro-CASE Energy Platform. In addition, the Institute participates with the United Nations Environment Programme (UNEP) in conducting analyses and evaluations of environmental assessments.

“We look forward to having access to MCC’s excellent international contacts to research institutions and bodies of scientific policy advice at the EU and global level,” said TU President Prof. Dr. Christian Thomsen. “In addition, the MCC is a nonpareil in Berlin as a platform that supports outstanding young scientists and scholars in their research careers.” Prof. Dr. Johann Köppel, who serves as dean of the School of Planning, Building, Environment School at the TU, also underlined the importance of the cooperation for the development of his faculty. So far, the cooperation has already initiated its first joint recruitment and appointment process.

Through the cooperation agreement, the MCC is to become more integrated with the technical and regional planning expertise of the TU Berlin. Moreover, the partnership that has already been developed thus far is being continued and consolidated. At the human resources level, the connection between the two institutions was already at hand, as MCC Director Edenhofer teaches as a professor of economics of climate change at the TU Berlin.