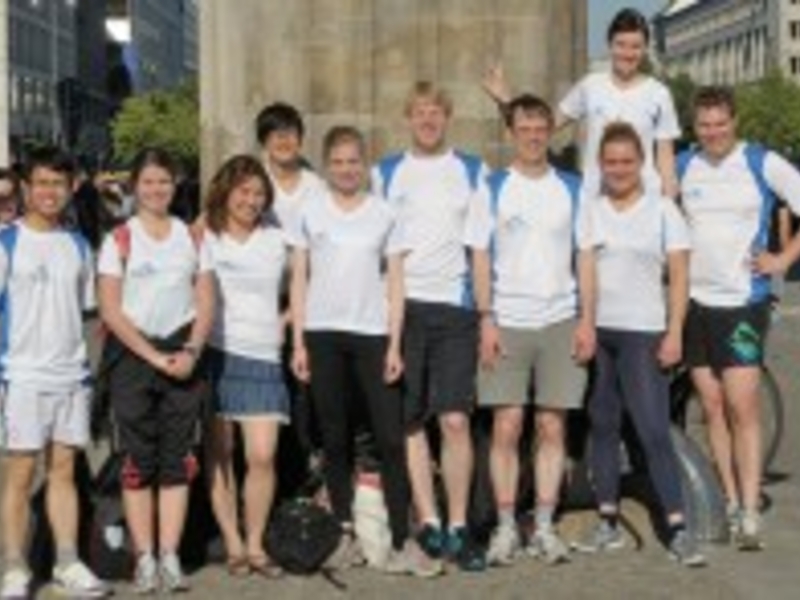 „It was great to experience the amazing atmosphere of the run in the middle of Berlin and to achieve the distance of 25 km together with my colleagues. We all had lots of fun and laughter and experienced a big sense of common spirit”, said Steffen Lohrey who had registered the two MCC teams. “The team name ‘The Common Grounders’ is a wordplay mentioning the topics that we deal with at MCC. Additionally, the runners have voted for the T-Shirt print ‘Move – Change – Contribute.”

The “TEAM-Staffel”’s route, organized by the Berliner Wasserbetriebe took the participants from the chancellery to the Straße des 17. Juni to the Victory Column, alongside the Schloss Bellevue and back to the chancellery. Accompanying competitors included staff members of other Berlin companies, institutions and running clubs.