New study sheds light on the core of pro-coal logic

Regional growth effects exceed those of other energy sources for power generation. Climate strategies in the Global South must take this into account. 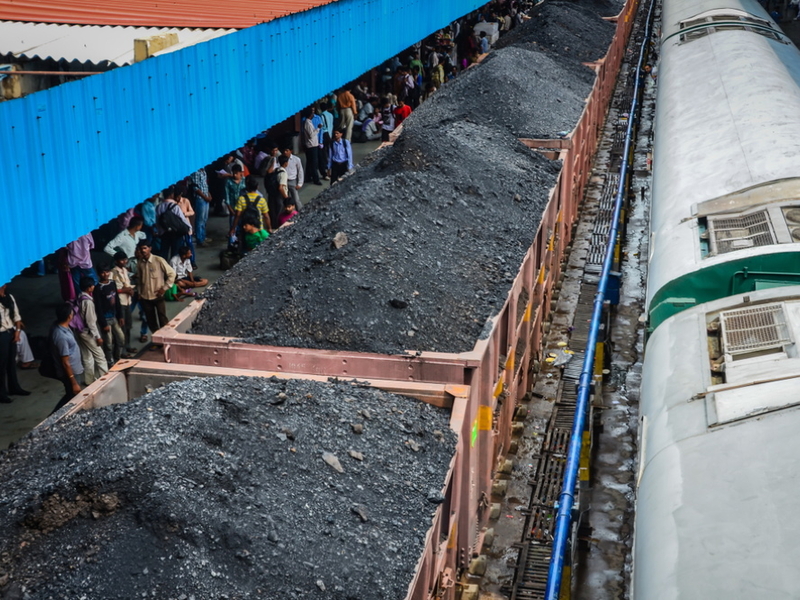 Coal transport in Delhi/India (archive picture): railway lines and other infrastructure can be a trigger for industrialisation. | Photo: Shutterstock/Foyt

To push ahead with the now urgently needed global coal phase-out, the concerns regarding the future viability of the affected regions must be taken seriously. New coal-fired power plants, as damaging as they are to the climate, have been economically lucrative in the past. A new study by the Berlin-based climate research institute MCC (Mercator Research Institute on Global Commons and Climate Change) now shows how great the effect is, through which channels it is generated, and what this means for a realistically designed climate policy. The study is published in the renowned journal Resource and Energy Economics.

For the analysis, the research team combined extensive empirical data on power plant projects with that on regional economic development. The sources were the WEPP database of the US financial services provider S&P Global, which covers 65 percent of the entire global power capacity installed between 1960 and 2015, and a regional dataset for more than 1,400 geographical units in 77 countries, which was developed specifically at MCC and used for an earlier study on climate damages. Using an event study design, observing the real development before and after a power plant is built, the researches quantified the effect of different types of power generation on the regional economy. Thus, for the first time, this correlation has been researched worldwide, rather than just for individual cases.

“Four years after installing 100 megawatts of new coal-fired power capacity in a region, the research shows an average boost in prosperity of 0.2 percent per capita income,” reports Lorenzo Montrone, a PhD student in the MCC working group Climate and Development, and lead author of the study. “We find similar effects for hydropower plants, but not for the other energy sources studied such as gas, nuclear, and renewables. This helps us understand why governments have relied so heavily on coal in the past – and what accompanying regional economic support is likely to be needed with a coal phase-out policy."

The growth effect of coal-fired power generation might spread from the extraction of the fuel to, for example, the building of new railway lines, roads or ports that help the coal to get to the power plants. Such infrastructures could also be triggers for further industrialisation. In addition, the reliability of coal-fired electricity might be an argument for energy-intensive industries to locate near new power plants.

For the average region considered in the study, with two million inhabitants and an annual per capita income of just under 10,000 dollars, the wealth gain amounts to 153 million dollars. The local damage to the environment and health could well be smaller, and the study warns that politicians may be eyeing the local benefit-cost ratio rather than the global climate.

“Even in the most recent economic history, coal has been a driver of industrialisation and jobs worldwide – and the benefits have gone far beyond the mere provision of electricity,” says Jan Steckel, working group leader at MCC, and one of the study's co-authors. “We need to take these promised benefits, as perceived by many governments, into account when designing climate policy. The industrialised countries must help the Global South to achieve sustainable industrialisation and structural change, and to prosper even without coal.”