MCC and PIK propose, among others, a price corridor and the expansion of sectoral coverage to transportation. 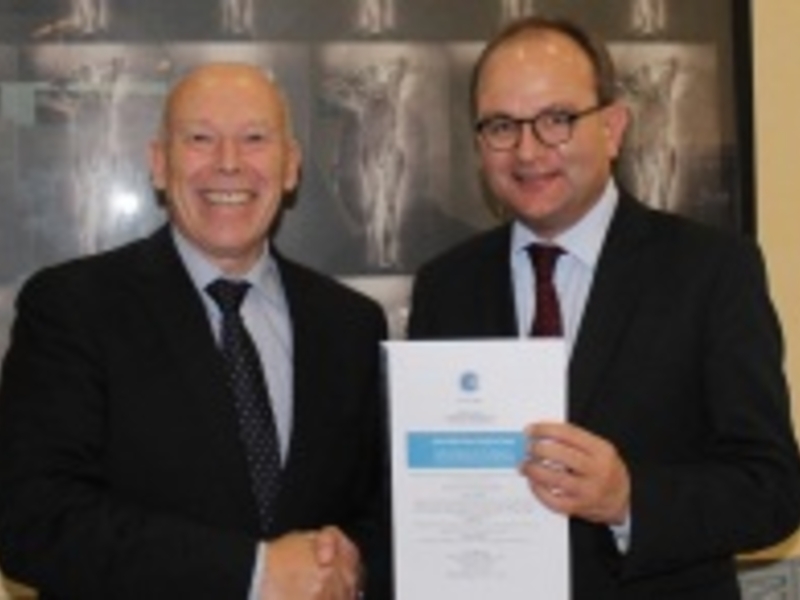 The emissions trading scheme as the most important pillar of European climate policy and currently under great scrutiny, as permit prices have been low. Europe’s technical academies (Euro-CASE) just published a comprehensive reform concept that outlines pathways to advance the emissions trading scheme. Ottmar Edenhofer presented this report in Brussels, in personal meetings with Jos Delbeke, Director General for Climate Action of the European Commission, and Ivo Belet, Rapporteur of the ETS reform for the European Parliament.

“So far the system offers no real incentives for the necessary investments in low-carbon technologies”, says Edenhofer, who is Chief Economist at the Potsdam Institute for Climate Impact Research (PIK), Director of the Mercator Research Institute on Global Commons and Climate Change (MCC) and Co-chair of Euro-CASE Energy Platform.

In the report the experts propose a price corridor with a minimum and maximum price and the expansion of sectoral coverage as parts of a comprehensive reform concept. The extensive recommendations go well beyond the already discussed delaying the auctioning allowances to stabilize prices by back-loading.  Numerous scientists from the PIK and the MCC contributed to the report.

Euro-CASE (European Council of Academies of Applied Sciences, Technologies and Engineering) is the Energy Platform of the national academies of engineering, applied sciences and technologies from 21 European countries and about 6000 members. Bringing together the combined expertise of the academies, Euro-CASE provides independent science based policy advice for European decision makers.

You can access the Acatech release here (German only).

You can access the report „Reform Options for the European Emissions Trading System (EU ETS)” here.