Smart design of land tenure is important for Africa

A new study considers this a key factor in dealing with climate change. Tenants should rather pay a fixed share of the harvest than a fixed amount of money. 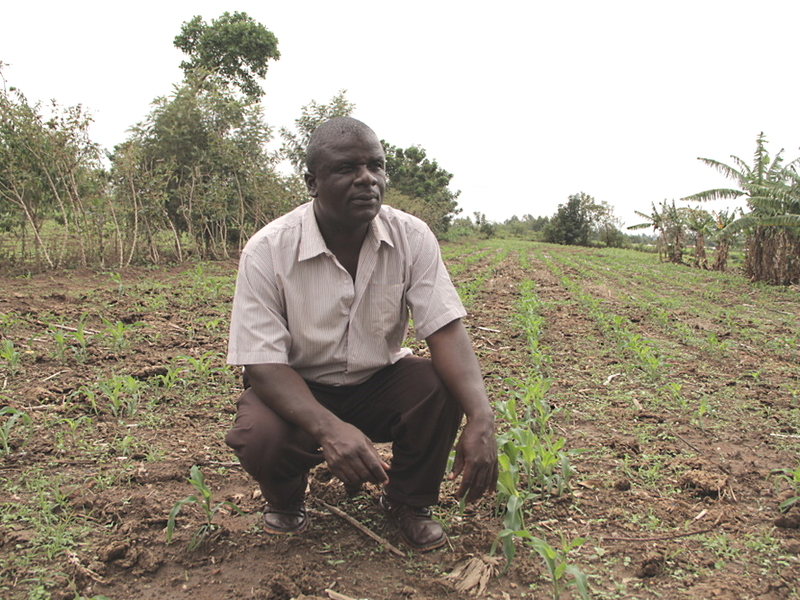 How will the next harvest be? Farmer in Bungoma in western Kenya. | Photo: Shutterstock/Karuga

In view of the threatening consequences of climate change in Africa such as crop failures, famines, or even violent conflicts, local governments should rethink the legal structure of land tenure: If they encourage the system of "sharecropping", they might increase the resilience of agricultural production. This is what a study of the Berlin-based climate research institute MCC (Mercator Research Institute on Global Commons and Climate Change) recommends, relying on empirical data from eleven countries. The study has now been published in the renowned journal Ecological Economics.

In sharecropping, the tenants do not leave a fixed amount of money to the landowners, but a fixed share of the harvest, usually 50 percent. "Since these are not fixed costs, this system makes farmers more robust against crop failures", explains Matthias Kalkuhl, coordinator of the study and head of the MCC working group Economic Growth and Human Development. "According to our calculations, this can make African agriculture more efficient and thus increase food security. By comparison, sharecroppers less frequently resort to forms of risk management that tend to reduce yields". Such measures include the omission of fertilisation in order to preserve liquidity, and excessive livestock farming as a precaution against crop failures.

To provide statistical evidence, the authors used an extraordinary structural survey from the period 2002 to 2005. In an elaborate procedure, approximately 9,600 typical farms in eleven African countries were identified at that time and questioned about their general conditions and agricultural methods. The study also included historical weather data at these locations. "The heterogeneity in climate conditions is larger than ever studied before in this context", emphasises MCC researcher Kalkuhl. "We find that low levels of precipitation increase the prevalence of sharecropping. Climate change will change precipitation values. This is why this issue is becoming a political priority".