Why the carbon price should rise despite the energy crisis

A new study shows how climate protection and welfare remain compatible even in the current geopolitical situation: reimbursement of revenues is key. 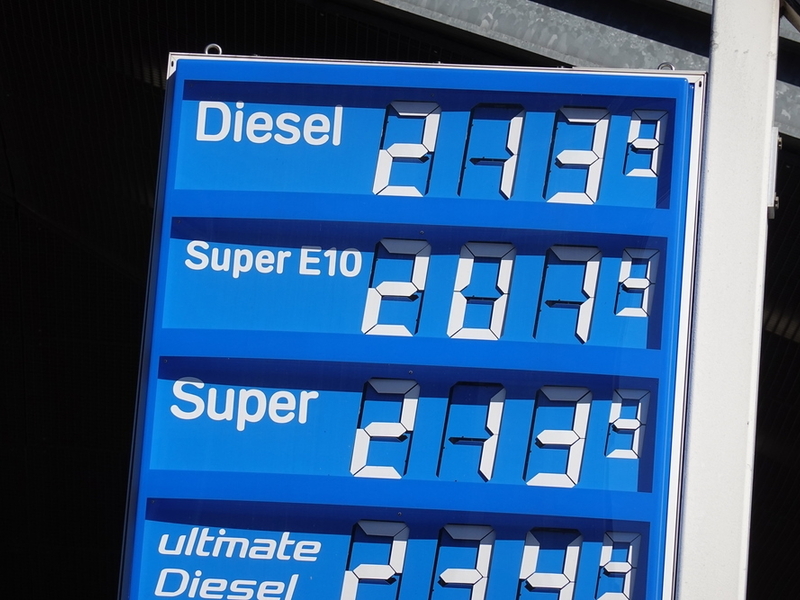 Refuelling in spring 2022: the energy crisis hase, at times, driven prices to over 2 euros per litre of fuel. | Photo: Shutterstock/Bueckert

Should the government further increase prices of fossil fuels for the sake of climate protection, even though they have already jumped to record highs due to the energy crisis triggered by the Ukraine war? Sticking to a given roadmap of carbon pricing, currently 9 cents per litre for petrol in Germany, for example, appears to be the right strategy in terms of welfare – as long as the state largely redistributes the corresponding revenues to private households through tax cuts or transfers. This is the result of a study led by the Berlin-based climate research institute MCC (Mercator Research Institute on Global Commons and Climate Change). It has now been published in the journal ifo Schnelldienst of the Ifo Institute for Economic Research in Munich.

The starting point of the study is the assumption that the energy crisis is temporary, i.e. a fluctuation in the long-term price trend. “It is a political reflex for a government to adjust levies countercyclically when prices peak,” says Matthias Kalkuhl, head of the MCC working group Economic Growth and Human Development and one of the authors. “In Germany, this reflex currently manifests itself in the petrol rebate, i. e. the temporary petroleum tax cut announced for early June. But our welfare economics analysis provides a clear recommendation: with regard to carbon pricing, the government should move quickly to introduce climate money, which redistributes rising revenues equally back to the citizens – and then stick to the time path of price increases even when markets are tight.”

For the analysis, the research team uses a so-called DSGE equilibrium model calibrated to the German economy. It has been developed at the University of Potsdam, at the chair of Maik Heinemann, also a co-author of the study. Among other things, the model contains empirical data for the prices and consumption of fossil energies in the period 1996 to 2021. It maps the two channels through which an energy price shock has a financial impact on private households: on the expenditure side, the costs of fuel and heating, for example; on the revenue side, climate money as a refund of the revenues from carbon pricing. How much each of these two channels is affected, depends on how policymakers deal with the price shock.

At one extreme (pure “emissions targeting”), the carbon price is reduced so much that, on balance, fuel and heating prices only increase to levels already announced for the long term. In this case, policymakers argue that the job of providing incentives to save fossil energies and thus to reduce emissions is being done by the markets. Households do not have to spend more money than planned, but they receive less climate money than expected because the revenues from carbon pricing decrease. At the other extreme (pure “price targeting”), the policymakers continue to increase the carbon price as planned. In this case, there are unexpectedly high costs on the expenditure side, but the climate money would not have to be severely cut.

“It shows that prosperity after an energy price shock is best defended with carbon pricing as planned plus reimbursement of revenues,” reports MCC researcher Kalkuhl. The finding is also robust in all extensions of the model, for instance regarding labour market flexibility or the availability of fossil-free alternatives. “On the pathway to climate neutrality, i.e. with sharply rising carbon prices over the next decades, this means that in future, people will care more about reliable climate money revenues than about where fuel and heating costs currently stand at.”