Will the trade war between America and China help the climate? 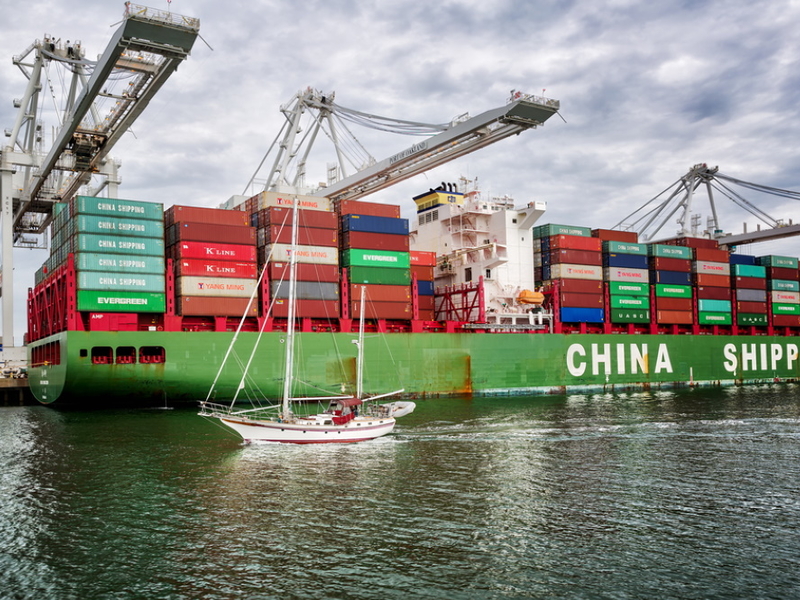 The bitter trade war between the world's two largest economies, the USA and China, has considerably curtailed trade in goods: Between January and November 2019, 15 percent less was delivered in one direction or the other than in the previous year, and many punitive tariffs are yet to take effect as their repercussions manifest with delay. According to a new study, these trade barriers are also causing a slight decrease in greenhouse gas emissions. The study was co-authored by the Berlin-based climate research institute MCC (Mercator Research Institute on Global Commons and Climate Change) and has now been published in the renowned journal Resource and Energy Economics.

Based on a computable general equilibrium model, the authors provide detailed figures on the relationship between trade intensity and emissions. It analyses both the current American-Chinese trade war and various scenarios for the long-term development of world trade. Results indicate that punitive tariffs announced until November 2019 will ultimately reduce trade in goods between the US and China by almost 50 percent once fully in effect, causing a slight decrease in economic performance in both countries – and a 0.16 percent reduction in global CO2 emissions. That these effects are not more intensive is due, for example, to the facts that trade with other regions is intensifying, production is being relocated and, in some cases, emissions are being increased.

In an extreme scenario examined, the global economy breaks down into separate trading blocks as a result of this major conflict. This would cause CO2 emissions in 2050 to drop by almost 5 percent compared to a baseline scenario without trade conflict. “Even this would be far too little to have a significant impact on climate change,” highlights Felix Creutzig, one of the authors and head of the MCC working group Land Use, Infrastructure and Transport. "But it would be devastating for international cooperation in the world, which in turn is necessary for climate protection.”

The study not only emphasises the substantial welfare losses of politics of isolation, but also the dramatic climate risks. For example, the current trade war could have disastrous repercussions for the Amazon rainforest because China is increasingly sourcing soy from Brazil instead of the USA. In addition, protectionism undermines international cooperation necessary to combat climate change. Access to clean technologies is also made more difficult. "International trade should be cooperative," stresses MCC researcher Creutzig. "A border adjustment tax as a supplement to domestic carbon prices, such as the one considered in the Green Deal of the new EU Commission, could possibly help to make world trade more climate-friendly. But protectionist punitive tariffs will certainly not be helpful."