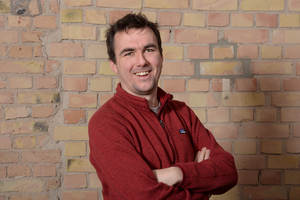 Dr. Jan Minx is head of the MCC working group Applied Sustainability Science. He is also a Visiting Professor for Climate Change and Public Policy at the Priestley International Centre for Climate at the University of Leeds. He works on a broad range of topics in climate and sustainability policy such as pathways to climate neutrality, the role, potential, risks and governance of carbon dioxide removal technologies, trade-offs and co-benefits of climate policies, urban climate change mitigation strategies, or just transitions and the global coal phase-out. Methodologically, a main focus of his work is on evidence synthesis: one part explores how artificial intelligence can be used to scale evidence synthesis methods to huge bodies of evidence and apply them in the context of global environmental assessments; another part is working on the development of new evidence synthesis methods to advance scientific policy advice and global environmental assessments. He also works on how computational text analysis tools can be used to scale traditional social science methods to vast corpora – in order to measure influence on climate change discourses and framings.

Jan Minx has contributed substantially to the recent work of the Intergovernmental Panel on Climate Change (IPCC). He is a Coordinating Lead Author of the IPCC’s Sixth Assessment Report, where he co-leads the chapter on emission trends and drivers in Working Group III Mitigation of Climate Change. He also played a major role during the fifth assessment cycle, where he coordinated the report process as Head of the Technical Support Unit.

He publishes regularly in some of the most esteemed scientific journals such as Science, Nature, Nature Climate Change or the Proceedings of the National Academies of Sciences of the United States of America. He has further contributed to more than twenty book chapters and reports. He has been cited more than 16,000 times according to Google Scholar with annual citations tracking >3100 in 2019. His h-index is 38 according to Google Scholar and 30 according to the Web of Science. Four of his publications have received more than 1,000 citations and twenty publications more than 100 citations. He is on the Editorial Board of Environmental Research Letters and Carbon Balance and Management. In terms of media impact, Jan Minx has written op-eds and blog posts in German and international publications, such as “The Guardian”, “Huffington Post”, “Washington Post”, “Carbon Brief”, “Die Zeit” or “Wirtschaftswoche”, and he regularly appears on the radio.

Enhancing the review process in global environmental assessments: The case of the IPCC

The 2022 Europe report of the Lancet Countdown on health and climate change: towards a climate resilient future

The 2022 report of the Lancet Countdown on health and climate change: health at the mercy of fossil fuels