Head of Press and Public Relations 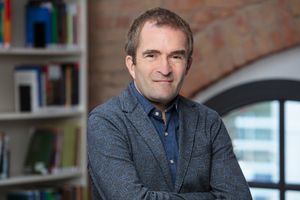 Ulrich von Lampe is MCC’s Communications Manager. He is responsible for, and coordinates, the institute’s classical and digital media work. He supports the research groups by presenting and discussing their results throughout the media, and advises the Directorate in communicative and strategic issues.

He studied in Hamburg and Cologne, finished university with a degree in economics, and aquired journalistic knowledge as a trainee and then economic editor at the daily newspaper “Kölnische Rundschau”. After that he moved to the economics magazine “Capital”, where he managed and coordinated the politics section. Before joining MCC, he worked as chief editor in the media house of the German Economic Institute in Cologne.