A new study shows the enormous challenges of sourcing synthetic fuels, and the pressure to act for politicians. The coronavirus crisis is a window of opportunity. 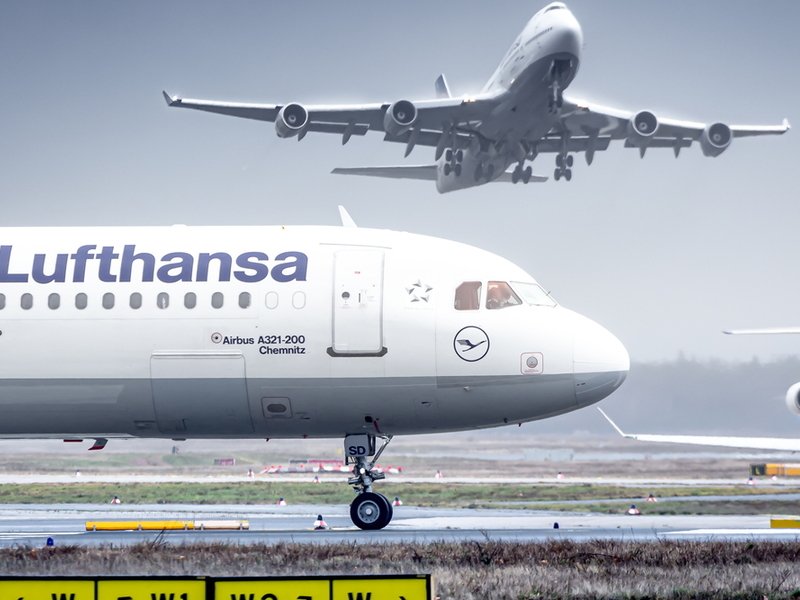 Frankfurt Airport: even in a scenario without kerosene, global air traffic in 2050 would be twice as heavy as in 2018. | Photo: Shutterstock/Wunderlich

Air transport is increasing harmful to the climate, with 680 percent growth from 1960 to 2018. It currently generates 3 percent of global CO2 emissions, and causes additional damage from contrails. A study with contributions from the Berlin-based climate research institute MCC (Mercator Research Institute on Global Commons and Climate Change) describes how the CO2 emissions, at least, could be reduced to zero by 2050, focusing on the passenger traffic as by far the largest part of air transport. The research is based on a statutory feed-in quota for synthetic fuels that increases linearly to 100 percent. This is combined with a carbon price that also takes into account the effects of contrails, and in the result climbs steadily from 100 to 800 euros per tonne of CO2. The study has now been published in the renowned journal Environmental Research Letters.

Air transport is currently only minimally regulated by climate policy; domestic flights are mostly not regulated at all, intra-European flights are only controlled by the low carbon price in EU emissions trading, and intercontinental flights are monitored with a weak package of measures under the auspices of the International Civil Aviation Organization (ICAO). According to ICAO projections, if the coronavirus is defeated in 2022, annual CO2 emissions from global passenger flights will rise to around 1,800 million tonnes by 2050 – two and a half times as much as in 2018. "In our scenario, by contrast, propulsion is switched to non-biogenic, electricity-based fuels," explains Felix Creutzig, head of the MCC working group Land Use, Infrastructure and Transport, and co-author of the study. "Although fuel costs would be around 150 percent higher, and total costs almost 40 percent higher, there would still be significantly more flying in 2050 than in 2018. With this in mind, the industry will have to set in motion huge investments for fuel production and energy supply."

The level of investment for alternative patterns of demand behaviour is estimated by means of a computing model. For example, the researchers consider a price elasticity of 1 to be quite realistic (e.g. a price increase of 10 percent would depress demand by 10 percent, if other drivers are not taken into account). Global aviation would then amount to 15.9 trillion passenger kilometres in 2050 – that would be about half as much as in the business-as-usual scenario, but twice as much as in 2018. Total CO2 emissions between 2022 and 2050 would reduce by 26.5 gigatonnes. The effect would be smaller if politics only relied on the feed-in quota and not on carbon pricing as a supplement; and it would be larger if the coronavirus took longer to be defeated. About 320 million tonnes of synthetic fuels would be needed for the 15.9 trillion passenger kilometres in the example. At present, the cheapest and most space-efficient way to produce the necessary carbon-free electricity would be solar power plants. Given current technology, around 140,000 square kilometres would be needed, which is equivalent to the area of Nepal.

According to the study, the solar cells, and thus also the production of the future aircraft fuel, could best be located in desert regions. "Of course, this raises questions about safe delivery, and in general about the social and political consequences of such large-scale investments," highlights Stefan Gössling, professor at the University of Kalmar in Sweden and lead author of the study. "But for carbon-free air transport in 2050, you need to immediately begin and gradually ramp up the production of synthetic fuels on a large scale. That's why the coronavirus crisis is a window of opportunity for transition – towards a more moderate but fairly sustainable growth path."