MCC Director presents in Brussels on carbon pricing. The basis is a joint study with the British economist Nicholas Stern. 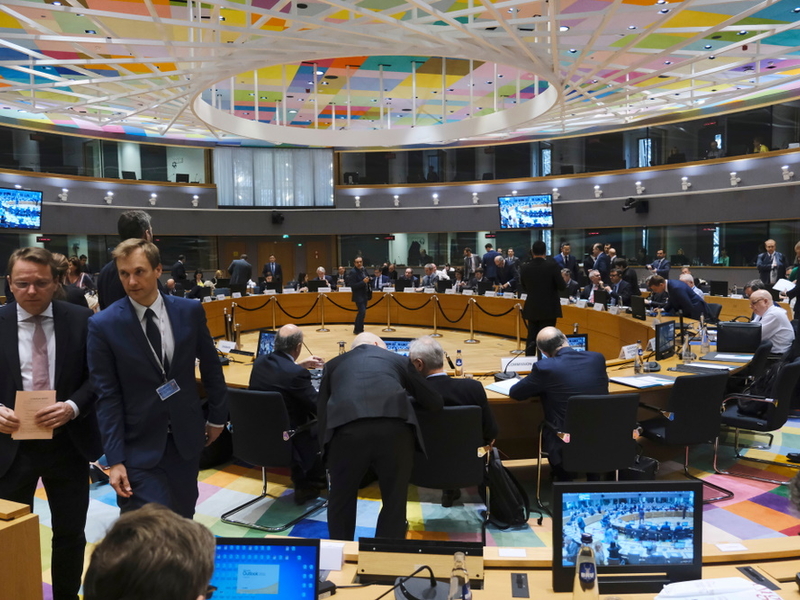 Performing at the heart of political Europe: Meeting of finance ministers in the Europe building in Brussels (archive photo). | Photo: Shutterstock/Michailidis

The Eurogroup Finance Ministers invited climate economist Ottmar Edenhofer to speak at their Brussels meeting this Monday. They expect him to “bring a fresh perspective” based on his “important contributions to the research and public debate on the economics of the climate transition”. Edenhofer is Director of the Berlin-based climate research institute MCC (Mercator Research Institute on Global Commons and Climate Change) and the Potsdam Institute for Climate Impact Research. He will talk about environmental taxation that could help both climate stabilisation and social equity.

The participants list includes 19 ministers, from Germany’s Olaf Scholz to France’s Bruno Le Maire, from Greece’s Christos Staikouras to Finland’s Katri Kulmuni. They represent the countries using the common European currency. The European Central Bank’s President Christine Lagarde is also scheduled to participate, as well as further high-ranking representatives of various European financial institutions. While in Brussels, Edenhofer will also give a talk to experts in the European Commission. One basis for all this is his study “Making carbon pricing work for citizens”, co-authored with colleagues at the Institute for New Economic Thinking at Oxford University and Nicholas Stern of the London School of Economics.