Heat stress due to climate: today's hotspots and the outlook for the future

MCC uses the example of hospital admissions of the elderly in Germany to show the importance of tackling the climate crisis, with an analysis for all 8,000 postcode areas. 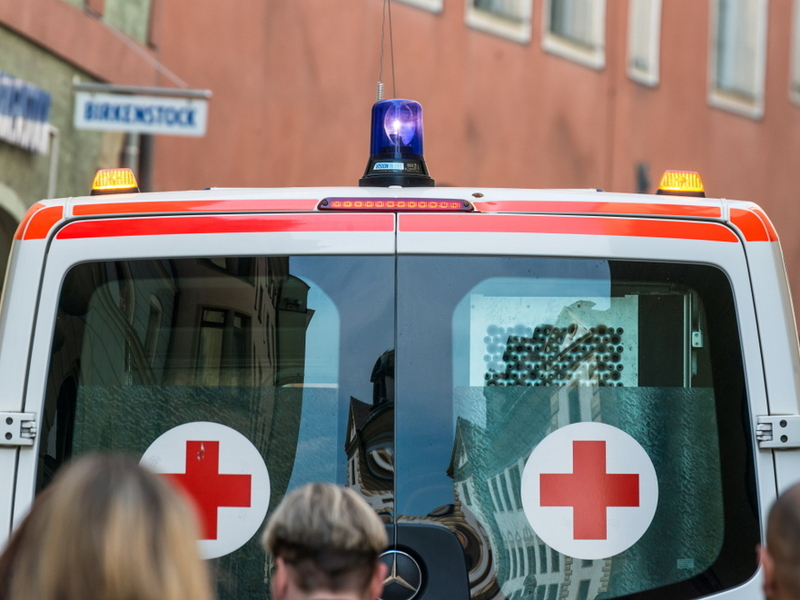 Sometimes only the ambulance to the hospital can help: a quarter of the approximately 18 million people aged 65 plus in Germany are "vulnerable" with respect to heat. | Photo: Shutterstock/StGrafix

Hot days make life difficult for many elderly people, sometimes only the ambulance to the hospital can help. How often hospitalisation occurs in a region depends largely on the composition of the population and on the infrastructure. And the level of suffering could increase sixfold by the year 2100, depending on climate policy. This is the finding of a study, using administrative data from Germany, which was conducted by the Berlin-based climate research institute MCC (Mercator Research Institute on Global Commons and Climate Change). It draws on anonymised health records from the AOK, which is Germany’s largest health insurer covering about one in three people, and is published in the Versorgungs-Report „Klima und Gesundheit“ (care report on climate and health) by the AOK Research Institute WIdO.

According to the study, a quarter of the approximately 18 million people aged 65 plus in Germany are "vulnerable": heat makes them suffer and significantly increases the probability of hospitalisation. The starting point of the statistical analysis is a narrow definition of heat stress: when temperature rises to 30 degrees Celsius or higher, how many people in this age group have to be hospitalised on the same day because of related disorders? Even with this restrictive definition, there are 40 more hospitalisations per million elderly people on top of the normal daily average admissions of 1,350.

"We deliberately omitted the fact that admissions are also delayed and that the effect is significantly amplified during prolonged hot spells," explains Hannah Klauber, PhD student at MCC and lead author of the study. "Focusing on this component of heat stress allows for a clear division into treatment and control group: for the first time, using machine learning methods, we were thus able to measure the drivers and regional differences of heat stress at high resolution, for all 8,000 postcode areas in Germany."

The people most at risk are on average older, sicker and more often male. People with dementia and Alzheimer's disease, renal insufficiency, depression and other mental health problems, diabetes, and chronic respiratory diseases are particularly affected. In areas where a higher proportion of people in need of care are cared for in nursing homes and by outpatient care services, there are fewer heat-related hospital admissions than in areas with less provision of professional care: possibly because this helps to prevent heat stress. In the city, there are statistically fewer problems so far than in the countryside: this could be due to better medical infrastructure, or more frequent use of warning systems as well as action plans, for example. Areas with lower old-age poverty are also relatively better off.

To estimate the extent to which the situation might change in the future, the researchers combined these correlations with two scenarios of the Intergovernmental Panel on Climate Change (IPCC) for the year 2100: the best-case scenario "SSP1/RCP2.6" (strict climate policy, limiting the global temperature increase to well below 2 degrees) and the worst-case scenario "SSP5/RCP 8.5" (no further measures, the planet is about 5 degrees Celsius warmer than before the beginning of industrialisation).

In the first case, global climate change has so little effect on the number of heat days in Germany that the situation for older people remains more or less the same. In the second case, heat stress increases noticeably, and particularly in areas with many vulnerable people – so that there are six times as many heat-related hospital admissions in 2100 as there were on average between 2009 and 2018. "We are shedding a spotlight here on the consequences of unchecked global heating that can be felt by everyone," says Nicolas Koch, head of the Policy Evaluation Lab at MCC. "Exploring such aspects with empirical data and solid statistical analysis can also help strengthen public support for climate policy."