The Institute has joined forces with various partners in the field of development policy. Valuable local knowledge will be integrated into the research agenda.

Energy and climate policy in emerging and developing countries is important for putting a stop to tomorrow's emissions. The Mercator Research Institute on Global Commons and Climate Change (MCC) will therefore expand its research on the development of low-carbon energy generation in developing countries. Together with RWI Essen and the German Institute of Global and Area Studies (GIGA), the MCC has initiated a new research project focusing on sub-Saharan Africa. The project, which was launched on Thursday, goes by the name „Decarbonization and Development in Sub-Saharan Africa” and is funded by the German Federal Ministry of Education and Research for the following three years.

Moreover, the MCC signed a cooperation agreement with the German Organisation  for International Cooperation (GIZ). The institute’s world-leading research on the transformation of energy systems will thus be complemented by the valuable local knowledge of the GIZ in numerous countries. The two organizations agree that the Paris climate goals can only be achieved in the context of the United Nations' “Agenda 2030” with its Sustainable Development Goals (SDGs). 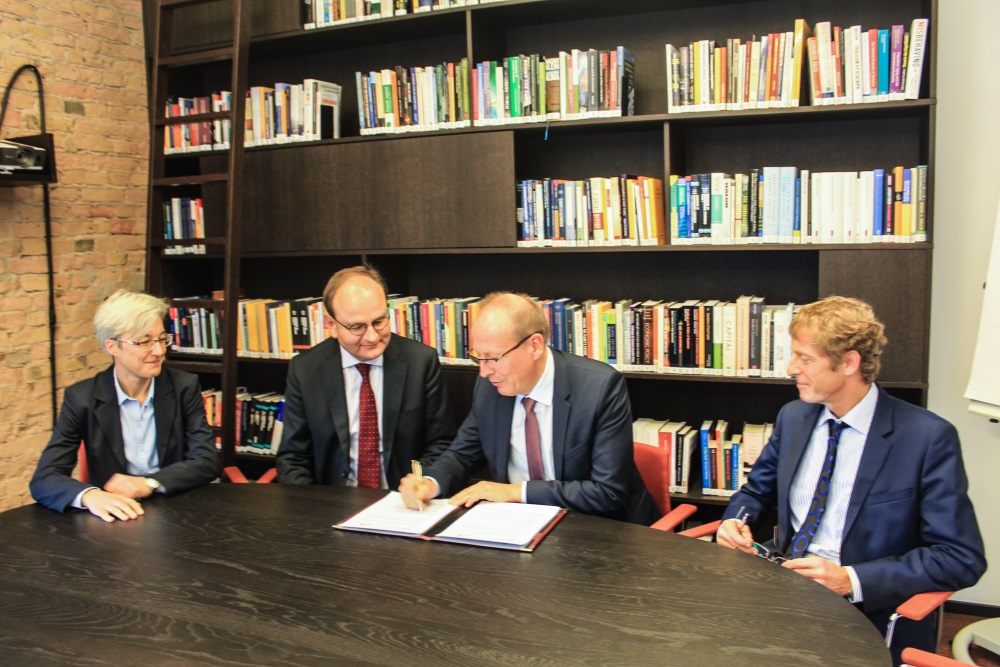 The strong focus on development is particularly relevant in light of the key role that developing and emerging countries play in terms of future emissions. The plans to expand coal energy in fast-growing countries such as Turkey, Indonesia and Vietnam still threaten to put the international climate change targets out of reach. On top of that, the expansion of energy infrastructure in sub-Saharan Africa is also crucial. Emissions in these countries are still at a comparatively low level. However, if economic and population growth and the transition to more carbon-intensive energy production continue, this trend could accelerate quickly.

“The energy infrastructure that is being built today in developing and emerging countries will determine the level of emissions in the coming decades,” says MCC Director Ottmar Edenhofer, who is also Co-Director of the Potsdam Institute for Climate Impact Research (PIK). “We must prevent a lock-in of dirty energy if we want to keep the door open to achieving the Paris goals. Climate and development policy must therefore be integrated .”

Research at MCC focuses on policy instruments to implement the Paris climate targets and the “Agenda 2030” in the field. For GIZ, the scientific findings thus provide valuable insights that can help improve development cooperation. MCC scientists, for example, investigate the distributional effects of relevant policy instruments. They analyze the reasons for obstacles to implementation and put special emphasis on socially acceptable and equitable transformations.