Growing cities should ideally develop a star-shaped form, with interstices for green spaces. That is the key insights of a new study that offers sound guidance for housing development and transportation planners. 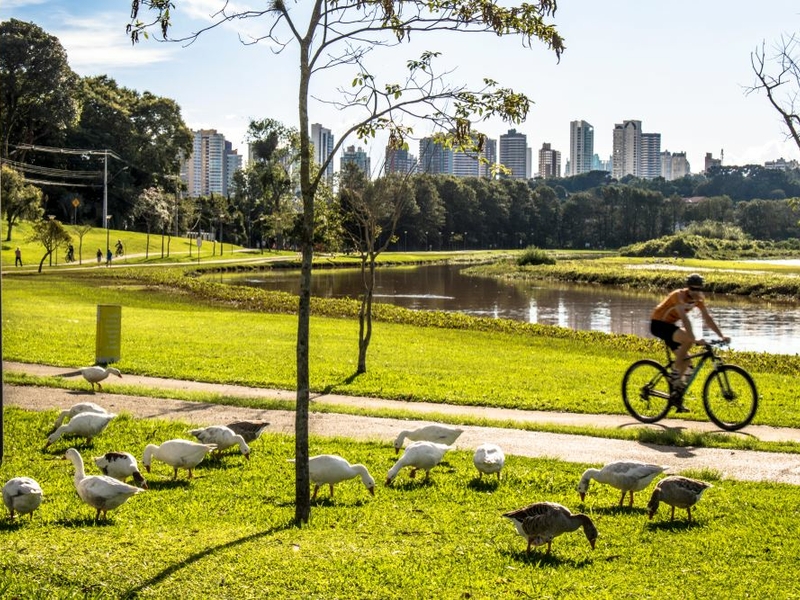 A model according to the study: Curitiba, Brazil. | Photo: Shutterstock/Ribeiro

Dwellers of many cities worldwide experience squeezed living space, rising rents and ongoing construction. In such a context, how can urbanization in times of climate change proceed sustainably? A new study demonstrates that the design of star-shaped cities achieves several goals at the same time, thus providing important guidelines for the continued planning of housing development areas and traffic arteries, also with a view to rapidly growing metropolises in Asia and Africa. The study was conducted at the Berlin-based climate research institute MCC (Mercator Research Institute on Global Commons and Climate Change) and published in the journal Environmental Research Letters.

According to the study, climate change has given rise to a conflict of goals. On the one hand, cities should be maximally compact so that traffic and buildings produce as little greenhouse gases as possible; yet on the other hand, they should be less densely built as a way to cope with potential climate impacts, such as heat waves. “We’ve developed a mathematically based model of the three-dimensional, ideally designed conurbation that minimizes this conflict,” explains Felix Creutzig, head of the MCC working group Land Use, Infrastructure and Transport. “Our model shows that the best way to develop a settlement area is not to develop it in a radially symmetric but in a star shape, organized around linear transport axes and with as much greenery as possible in the interstices. Climate-friendly mobility should therefore be combined with access to cooling parks.”

The approach could serve as an orientation aid for urban planners all over the world. According to Carl Pierer, another author of the study, “the shape of the star, meaning the optimum number and length of the points, should be determined by two main factors: the cost of inner-city traffic and the relevance of urban heat waves.” In cities where transportation costs are relatively high compared to the population’s income, a compact building style with short distances is advisable. And the less heat waves are considered a risk, the more appropriate it is to build a settlement area along many different arteries. This latter option affords shorter transport distances and thus less CO2 emissions, yet comes with the drawback of narrower interstices for cooling green spaces.

The study highlights the important role of urban planning in climate protection. Even in the digital age, the provision of main traffic arteries, such as subway lines or suburban commuter rail systems, remains one of the key municipal policy instruments in large cities. Politicians can also seek to monitor or participate in building development so as to ensure that green areas are not covered with concrete and that many people live close to the local traffic arteries. Higher fuel taxes provide the right incentives.