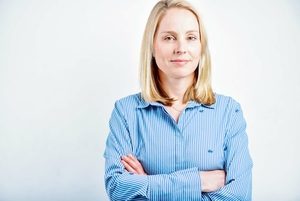 Katja is a policy analyst and part of the Policy Unit at MCC with a focus on citizen deliberation in the electricity and transport transition in the Ariadne project. Ariadne designs a targeted learning process with policymakers, business and society to develop viable options for shaping the energy transition in Germany. The project specifically addresses decision-making problems in politics, but also initiates debates with politicians, stakeholders, and citizens.

Before Katja came to the MCC, she worked as a program lead at the Humboldt Viadrina Governance Platform, also at the interface of science, business, politics and society in the field of energy transition. Prior to that, she worked as a project manager at the Institute for European Politics (IEP e.V.) for the training of public officials in the framework of the European Neighborhood and Enlargement Policy in the Western Balkans and the Republic of Moldova. Katja holds a Diploma in Political Science from the University of Potsdam and attended the non-consecutive Master's program in Public and Corporate Environmental Management at the Freie Universtiät Berlin. As part of her studies, she completed a semester abroad at Leiden University, the Netherlands and worked as student assistant for several workshops in Southeast-Asia with the German Society for International Cooperation (GIZ).