Climate damage to the global economy is greater than expected 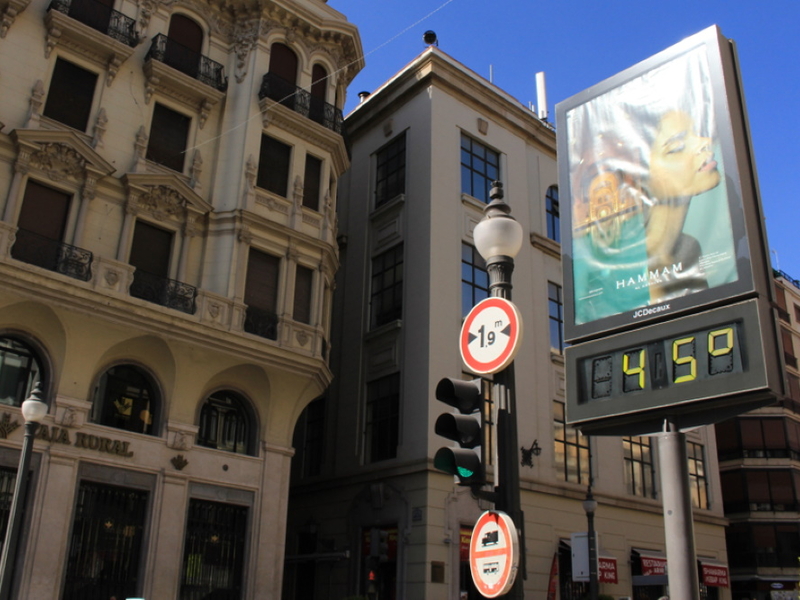 The anthropogenic warming of the planet will probably have a much greater impact on worldwide production and prosperity than has been quantified by previous model studies. This is the conclusion reached by a new study based on empirical data from 1,500 regions in 77 countries around the world. It was conducted by the Berlin-based climate research institute MCC (Mercator Research Institute on Global Commons and Climate Change) and the Potsdam Institute for Climate Impact Research (PIK), and has now been published in the renowned Journal of Environmental Economics and Management.

The study has an implication on the political discussion about the extent to which countries should price carbon emissions and thus reduce them in a market-based manner. The issue is to determine what is bearable for citizens and companies, but also to calculate how much damage is caused by carbon emissions. "Our novel regional dataset, which was developed specifically for this work, provides a particularly high-resolution picture of how economic performance is related to temperature and precipitation," reports Matthias Kalkuhl, head of the MCC working group Economic Growth and Human Development, and lead author of the study. "We then project this high-resolution picture onto a scenario of the Intergovernmental Panel on Climate Change (IPCC), according to which global climate policy adopts no further ambitious measures and the global mean temperature increases by 3.7 degrees over the course of the 21st century". According to this scenario, depending on the data regression methodology used, global gross national product in 2100 would be 7 to 14 percent lower than it would be without further warming. The damage would be particularly severe in tropical regions, with a loss of economic output of over 20 percent.

In an additional step, the research team has also explored how much damage would be caused by a single tonne of carbon emissions ("social cost of carbon"). To do this, they modified the widely used DICE climate economics model developed by US Nobel Prize winner William Nordhaus. "If you replace the damage function assumed in this model with the statistical estimates from our data, the costs are two to four times higher," MCC researcher Kalkuhl sums up. "According to our study, every tonne of CO2 emitted in 2020 will cause economic damage amounting to 73 to 142 dollars in 2010 prices, rather than 37 dollars shown by the DICE model, and amounting to the equivalent of 76 to 148 euros at current price level. By 2030, the social cost of carbon will already be almost 30 percent higher due to rising temperatures.” By way of comparison: the carbon price in European emissions trading currently fluctuates between 20 and 30 euros per tonne; the national carbon price in Germany rises from 25 euros next year to 55 euros in 2025. These current carbon prices thus reflect only a small part of the climate damage. According to the polluter-pays principle, they should be adjusted upwards significantly.

The study's approach is still emphatically defensive: "We are only looking at the direct consequences of the rise in temperature, not at the damage caused by extreme weather events or the rise in sea level," emphasises Leonie Wenz, co-author and deputy head of research department at PIK. "And we only quantify economic damage – we do not account for the fact that climate change destroys ecosystems, reduces biodiversity and increases the probability of violent conflicts.”

Reference of the cited article:
Kalkuhl, M., Wenz, L., 2020, The Impact of Climate Conditions on Economic Production. Evidence from a Global Panel of Regions, Journal of Environmental Economics and Management
https://doi.org/10.1016/j.jeem.2020.102360