Cultivate fast-growing plants, burn them, capture the CO2 and then store it? An article for the journal Global Change Biology Bioenergy shows the limitations of this idea. 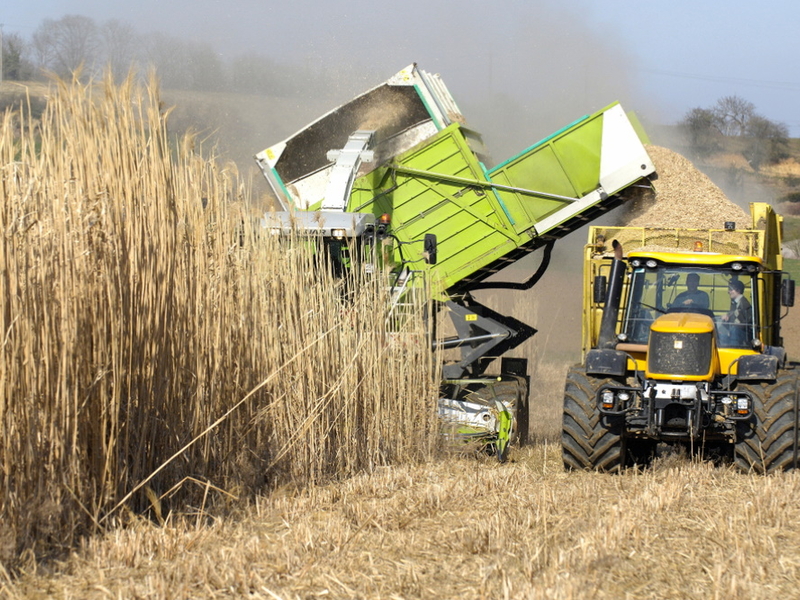 One in two scientific scenarios about the future, that take into account the temperature targets of the Paris world climate agreement, contain one glaring element: in 2100, at least six million square kilometres, equivalent to two-thirds of the US territory, will be covered with climate plantations. Particularly fast-growing plants, which draw CO2 from the atmosphere, are burnt in bio-power stations, and in the process the greenhouse gas is captured and then stored: "Bioenergy with Carbon Capture and Storage" is the technical term. This scale is unrealistic and misleading, however, warns a team of authors led by the Berlin-based climate research institute MCC (Mercator Research Institute on Global Commons and Climate Change) in an article for the renowned journal Global Change Biology Bioenergy.

"Such calculations help science to understand interrelationships – but policy-makers and the public must not misinterpret them as in any way desirable," says Felix Creutzig, head of the MCC working group Land Use, Infrastructure and Transport and lead author of the article. "Under the current circumstances, the area of land used for growing bioenergy crops, about 500,000 square kilometres worldwide, should not be increased at all." Creutzig himself is in a leading position in compiling climate research for decision-making processes: as "Coordinating Lead Author", he is in charge of the chapter on demand, services and social aspects of climate mitigation in the Sixth Assessment Report of the Intergovernmental Panel on Climate Change (IPCC), expected in 2021 or 2022.

For the now published article, the team of authors evaluated the IAMC database of the IIASA research institute based in Laxenburg near Vienna. They find that only a fraction of the scientific climate scenarios use no more than the current land area for bioenergy crops; out of a total of 132 “Integrated Assessment Models" that derive a future consistent with the Paris Agreement and explicitly present land use, there are only 6. The analysis relies on two relevant IPCC special reports (concerning the 1.5-degree target in 2018 and land use in 2019), as well as numerous other scientific studies, to show that additional climate plantations would not really make the world more sustainable.

Scaling up bioenergy with carbon capture and storage would firstly endanger biodiversity, the authors warn, emphasising that climate protection of this kind would be even worse for nature than no climate protection at all, pointing out that the populations of mammals, amphibians, reptiles and fish worldwide have already declined by 68 percent between 1970 and 2016. This aspect should be given greater consideration in the IPCC, as should, secondly, risks to the livelihoods of indigenous peoples. Thirdly, the scenario models pay too little attention to the problem of tipping points: for example, if the world keeps on emitting CO2, causing temperatures to rise and relying on large-scale carbon capture in the second half of the century, methane might escape from thawed permafrost in Siberia, and exacerbate the climate crisis.

"The fact that the bioenergy method in reality does not have much potential does not spell disaster for climate change mitigation," emphasises MCC researcher Creutzig. "After all, there are forms of carbon removal which are much less land-intensive, such as direct air capture with air filter systems. Above all, the most important thing is to reduce emissions immediately. That means decarbonising the economy, even reducing energy consumption where possible, and incentivising climate-friendly behavioural changes, for example in nutrition."