An MCC-led study identifies the success stories to date, taking an innovative approach to policy evaluation. It concludes that climate neutrality is feasible. 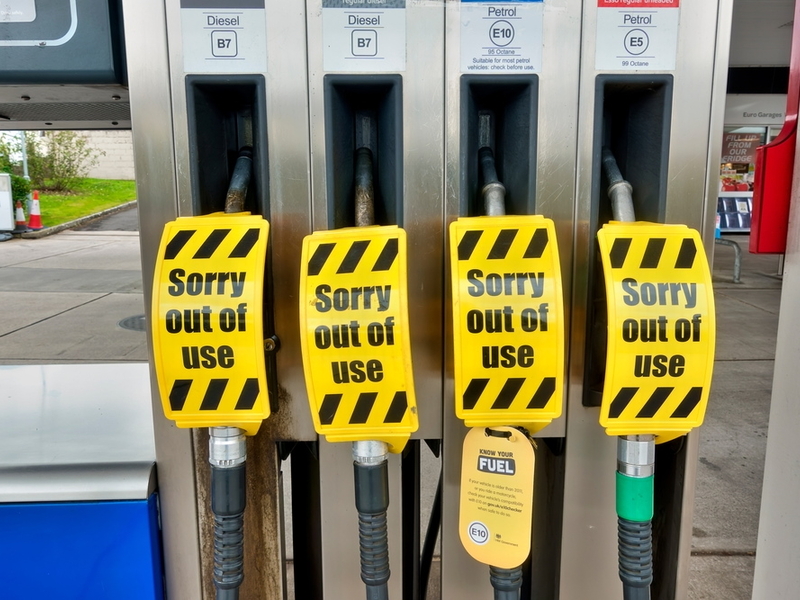 Petrol station out of use (2021 in Warminster in South West England): will Europe achieve climate neutrality in the so far challenging sector of road transport? | Photo: Shutterstock/Harker

A quarter of global greenhouse gas emissions are generated in the transport sector, and climate policy has not been very successful so far in tackling these, especially in road transport. And yet a few international examples of significant reductions in road emissions in a stable economic situation can be found. A new study now sheds light on how such success stories arose and what recommendations and opportunities for future policy can be derived from them. It was conducted by the Berlin-based climate research institute MCC (Mercator Research Institute on Global Commons and Climate Change) in cooperation with University of Oxford and University of Victoria, and published in the renowned journal Nature Energy.

The study takes an innovative approach to policy evaluation. Classic impact analysis is geared towards evaluating individual measures in isolation – but in political reality, governments almost always implement bundles of measures that impact each other. To address this, a new data-driven approach to identify effective policy mixes has been developed. The research team looks at road emissions from 1995 to 2018 in 15 countries (EU before eastward enlargements, including the UK), matches them with economic performance and population, and uses machine learning methods to identify “emissions breaks” that do not result from economic conditions. Finally, it determines which individual or interacting climate policy measures have generated these emissions breaks.

The sophisticated statistical method thus identifies promising combinations from the multitude of possible policy instruments. “We found only ten examples of successful climate policy intervention in road transport in 15 EU countries over a period of 24 years,” reports Nicolas Koch, head of the Policy Evaluation Lab at MCC, and lead author of the study. “All ten cases are linked to at least one measure that increased the running costs of driving – usually via higher fuel prices through carbon pricing, but sometimes through energy taxes, or tolls. In addition, in almost all cases, the policy provided incentives to buy zero- or lower-emission vehicles – either through vehicle taxes based on CO2 emissions, or through subsidies.”

The magnitude of the ten identified emission reductions indicates a significant potential of certain policy mixes in transport, even if more success is needed to reduce overall CO2 emissions further. The largest relative reduction was in Luxembourg, where the government was able to reduce emissions by 26 per cent from 2015 through a combination of higher fuel prices and bonus-malus schemes for vehicle purchases. This was followed by Finland (by 17 per cent from 2000), Ireland (by 13 per cent from 2011), and Sweden (by 11 per cent from 2001); Denmark and Portugal likewise recorded successes with this combination. In Germany, the eco-tax reform from 1999 to 2003 and the road tolls for trucks from 2005 had a positive climate impact.

Looking to the future, the research team recommends increasing carbon pricing in road transport, flanked by an ambitious bonus-malus system: moderate subsidies for electric vehicles and widely spread vehicle tax rates for combustion cars. “In principle, the leverage effect of such a policy mix should be strong enough to achieve the EU's proclaimed goal of climate neutrality by the middle of the century, even in this so far challenging sector,” concludes MCC researcher Koch. “The instruments are available. What is needed now is the political will to apply them consistently, comprehensively, and over the long term.”