This new body will examine greenhouse gas statistics and evaluate measures taken in the event of excessive emissions. It also has extensive competences in relation to possible tightening of targets. 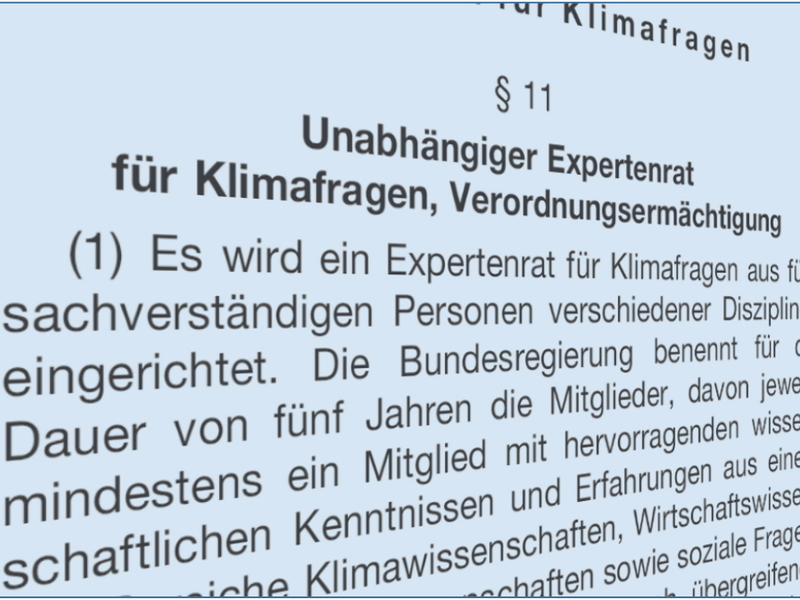 To ensure that national and European emission reduction targets are achieved in Germany, the Federal Government today made appointments to the independent "Council of Experts on Climate Change". Among the five members of the council is Brigitte Knopf, Secretary General of the Berlin-based climate research institute MCC (Mercator Research Institute on Global Commons and Climate Change). The new body has extensive tasks and competences. It will not only review and evaluate the greenhouse gas data collected annually by the Federal Environment Agency, but also consider the immediate action programmes which would be used by the responsible Federal Ministry to counteract excessive emissions in a particular sector.

According to the Federal Climate Change Act adopted at the end of 2019, the Federal Government must also obtain the opinion of the Council before any update of the German climate action plan. This might occur quite soon: there is currently a lively debate about tightening the climate targets by 2030 within the EU, which wants to be climate-neutral by 2050, and this affects the legally binding obligations for Germany. Even without such an event, the parliament or the government can task the new body with drawing up special reports at any time.

Knopf, who holds a PhD in physics, works primarily on climate economic issues and has been involved in scientific policy advice for more than a decade. She has contributed to various reports of the Intergovernmental Panel on Climate Change (IPCC), and was lead author of the 2018 chapter on fiscal policy instruments in the much-acclaimed UNEP Emissions Gap Report. Last year, she was co-author of a report on carbon pricing presented to the German government. At the MCC, she recently established the Policy Unit as the institute’s structured interface to politics and society. Her main focus is on a socially just design of the energy transition and the transformation towards climate neutrality. "It is not enough to simply adopt targets in the fight against global heating," says Knopf. "Targets must also be backed by measures. The expert council will provide a yearly review whether these measures are sufficient."

The other members of the Council of Experts on Climate Change, appointed for a term of five years, are professors Marc Oliver Bettzüge (University of Cologne), Thomas Heimer (RheinMain University of Applied Sciences in Rüsselsheim), Hans-Martin Henning (Fraunhofer Institute for Solar Energy Systems in Freiburg) and Barbara Schlomann from the Fraunhofer Institute for Systems and Innovation Research in Karlsruhe.

Further information:
The link to the Policy Unit of the MCC may be found here.