German politics has been talking up coal for decades 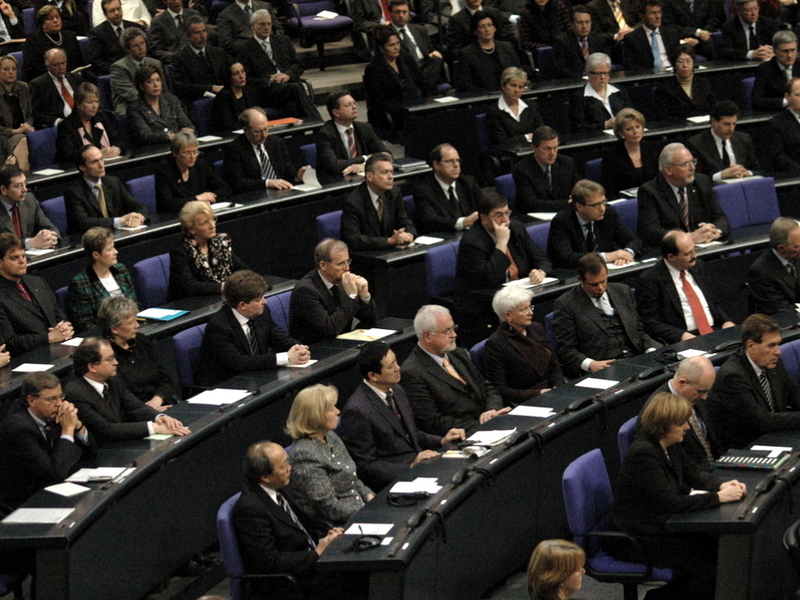 Not yet on an anti-coal course: Bundestag members in January 2005 (archive photo). | Photo: Shutterstock/360b

Accepting that the greenhouse effect endangers the foundations of human livelihoods is not new: the first world climate conference was held in 1979; a "Spiegel" cover picture showed the Cologne Cathedral sinking into the sea in 1986; and as early as 1993, Germany made its first commitments in the fight against global heating by ratifying the UN Framework Convention on Climate Change. Yet, by far the most climate-damaging form of power generation, the combustion of coal, was still considered appropriate in German politics until the mid-2000s. This is the conclusion of a study led by the Berlin-based climate research institute MCC (Mercator Research Institute on Global Commons and Climate Change). It has now been published in the renowned journal Energy Research & Social Science.

Using big data technology, the study evaluates all parliamentary debates in the Bundestag from 1949 to 2019 – a total of 870,000 uninterrupted speech passages, procedural comments and questions (without interjections). "It is particularly interesting that the increase of the climate protection topic is only noticeable after the coalition government of social democrats and greens left office," says Finn Müller-Hansen, researcher in the MCC working group Applied Sustainability Science and lead author of the study. The red-green federal governments served from 1998 to 2005. "The nuclear phase-out, as the central energy policy project, was a priority during this period, and relatively efficient new coal-fired power plants were considered a promising bridging technology. Our analysis explains why other countries, such as the UK, are much further along in the phase-out of coal than Germany."

To gauge exactly how the evaluation of coal has changed, the research team used topic modeling. With this computer-assisted method, the semantic structure of large amounts of text can be analysed, and cross-connections can be determined. The result shows the "career" of coal over the last seven decades: in the period of reconstruction after the Second World War, it was initially a symbol of the promise of progress. After the first oil crisis in 1973, it was the guarantor of energy security. Then in the 1980s, with a critical undertone for the first time, it was named as the cause of air pollution and acid rain. Only in the past 15 years has it been recognised as a core problem in climate protection. The specific evaluation of this energy source in the different political parties, as well as in the various regions, is also precisely documented in the study.

MCC scientist Müller-Hansen emphasises that even beyond this specific issue for Germany, the novel research approach offers potential: "For successful climate protection, it is important to develop a sensibility for the framing of energy policy debates – that is, the contexts in which, for example, a certain technology or a certain measure is placed, and how this changes over time." Long-standing political commitments can stifle ambitious climate policies in many countries. "Our study aims to analytically map these framings and put reform policy on a resilient communicative footing."