The MCC’s group of G20 think tanks has officially handed over their new policy brief to the German environment minister. It recommends to link growth, development and climate goals. 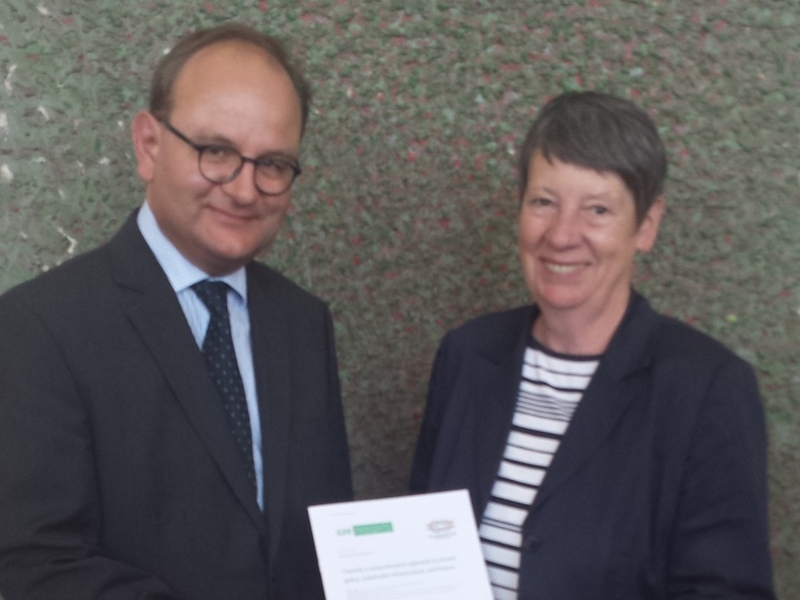 The Mercator Research Institute on Global Commons and Climate Change (MCC), together with the Centre for International Governance Innovation (CIGI) from Canada and other scientific think tanks, have developed sound climate policy recommendations for Germany's G20 presidency. Their joint policy brief entitled “Towards a comprehensive approach to climate policy, sustainable infrastructure, and finance” has been officially handed over to German environment minister Barbara Hendricks on Monday in Berlin.

The group known as the "T20 Task Force Climate Policy and Finance", including roughly 100 members covering nearly all G20 countries, proposes a comprehensive approach that links growth, development and climate goals built on sustainable infrastructure with three key pillars: strengthening growth strategies to exploit the significant opportunities of low-carbon investments; transforming finance to be a driver of change; and phasing out fossil fuel subsidies as well as putting a price on carbon. The latter would also harness the transformative power of the market and stimulate low carbon investment.

The T20 process comprises a total of nine task forces each of which will be engaging directly and personally with policy-makers. The heads of state and government of the G20 will be meeting at the G20 Hamburg summit in early July 2017.