How humanity can accomplish a just climate transition

The principle of "common but differentiated responsibilities" and "global net zero emissions": a study shows there are several ways forward, but all entail risks of unfairness. 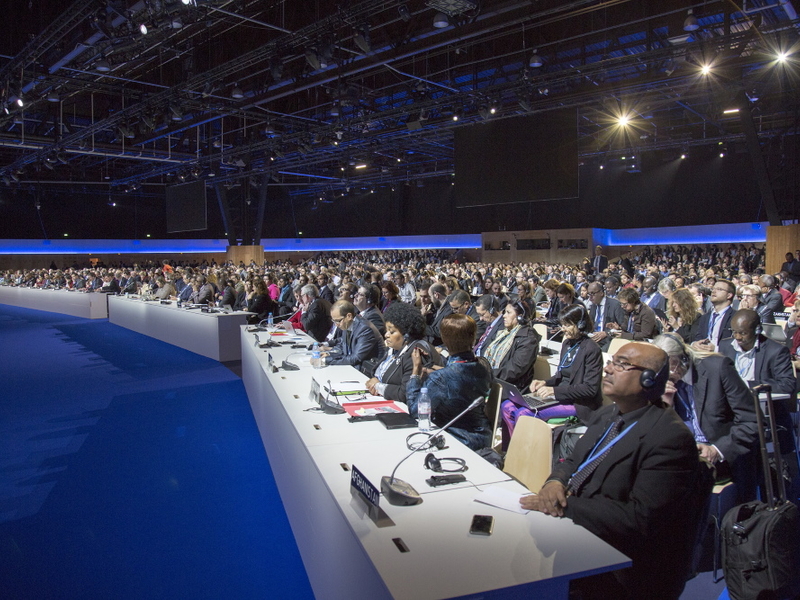 How will the burden now be fairly shared? Delegates at the historic 2015 world climate conference, where the temperature targets of the Paris Agreement were agreed. | Photo: UNFCCC

According to the Intergovernmental Panel on Climate Change, no more than 320 gigatonnes of CO2 can be permanently released into the atmosphere if global heating is to be limited to 1.5 degrees. But how do recent net zero pledges affect global equity? A new study led by the Berlin-based climate research institute MCC (Mercator Research Institute on Global Commons and Climate Change) sheds light on how the decarbonisation of the global economy can proceed based on principles of fair burden sharing. The study has now been published in the renowned journal Climatic Change.

Equity is an essential feature of global climate diplomacy. The UN Framework Convention on Climate Change adopted in 1992 speaks of "common but differentiated responsibilities", and the Paris Climate Agreement of 2015 deliberately provides latitude for differing national efforts, with a view to affordability, state of development, and historical emissions. "How to account for national circumstances and still meet the global temperature targets agreed in Paris will be a key issue at the upcoming World Climate Summit in Glasgow," says Dominic Lenzi, a researcher in the MCC working group Scientific Assessments, Ethics and Public Policy and lead author of the study. "With our paper, we want to highlight the importance of the equity dimension when turning net zero pledges into policy”.

"None of these ways forward to global net zero emissions appear unequivocally good or bad, and it matters greatly how policies are implemented," emphasises MCC researcher Lenzi. “Quantitative model studies based on our three stylised pathways could help to more accurately gauge the global areas of tension between climate mitigation and equity. Policymakers need to clarify how their visions for global decarbonisation are both effective and fair."