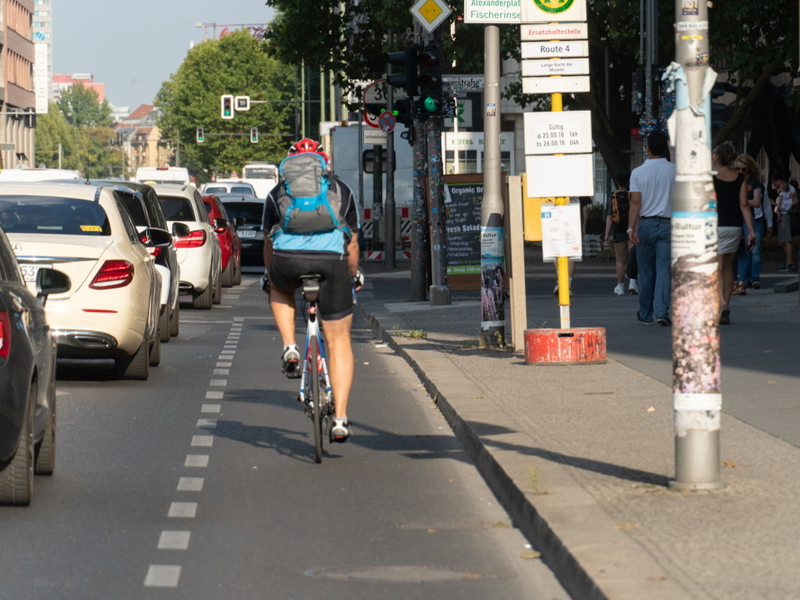 These days, the scramble for space on urban streets manifests in unexpected ways: the Berlin district of Friedrichshain-Kreuzberg has now called on the owners of cafés and restaurants to specify "space requirements in stationary parking areas or even on the roadway". The corona crisis and the need to place tables far apart and preferably outside suddenly challenge traffic planning of past decades. How will the road meet all interests? A new study takes a fundamental look at this. It was carried out by the Berlin-based climate research institute MCC (Mercator Research Institute on Global Commons and Climate Change) and the Technical University of Berlin and has just been published in the renowned journal Transport Reviews.

"The special thing about this study is that we first present the conceivable fairness principles based on sound ethical considerations," explains Felix Creutzig, head of the MCC working group Land Use, Infrastructure and Transport and a professor at TU Berlin. The researchers developed 14 allocation mechanisms, all of them plausible in one way or another, for dividing the roads into car lanes, parking lots, bus and tram routes, bicycle lanes, and sidewalks. They then transferred these concepts to the real world, using the example of 18 streets inside Berlin's S-Bahn circle. "The need for change is obvious in this central area of Germany’s capital," says MCC researcher Creutzig: "Only one in six journeys is made by car there, today, and more than half of the households no longer own a car in the first place. Still, 58 percent of public space on the streets are taken up by this traffic mode.”

The study shows the exact current distribution of space on the 18 streets included in the sample, and indicates the changes each of the individual mechanisms for just allocation would entail. Results vary depending on whether the mechanism focuses on transport efficiency, environmental/climate aspects, or the role of the road as a place to be. However, all mechanisms reveal that parked cars should be given less space, while cyclists should gain space.

In a "tentative interpretation", the researchers also recommend making sideways wider, especially focusing on the wellbeing of children and seniors. Parking along public roads should be reduced dramatically, and shifted to private spaces instead. The study includes a striking figure in this respect: Berlin’s current number of 1.2 million cars in the entire urban area would require a car lane of 7.200 kilometres length for parking alone, exceeding the current road network by a third. "Redesigning urban roads, and aligning them with current requirements, is a major task”, says Creutzig. “Mayors and administrations of cities need a mind-set grounded in fairness and political navigation skills considering the wellbeing of citizens. Our study offers decision-making support in this respect."