How to socially balance carbon pricing in Europe

An MCC-led study calculates the cost burden for individual private households. It shows that the EU Commission is on the right track with its policy of targeted financial support. 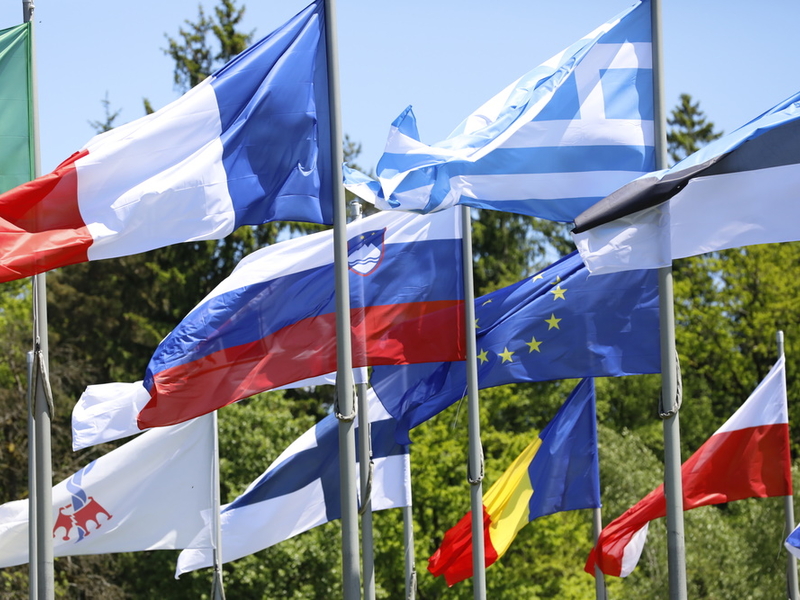 Flags of EU countries: the burden of climate protection varies considerably across the continent. | Photo: Shutterstock/ETgohome

Europe is pouring money into making climate protection fair: in 2020, the EU Commission launched the multi-billion "Just Transition Fund" to target compensation for the burdens resulting from higher carbon prices, and now a "Climate Action Social Fund" is to follow. But who should benefit from these funds from the viewpoint of social justice? A research team from four countries is now providing scientific guidance. It shows the distributional effects of carbon pricing in Europe, thereby focusing on the disparities between member countries, and recommending financial aid for social compensation. The study was led by the Berlin-based climate research institute MCC (Mercator Research Institute on Global Commons and Climate Change) and has been published in the renowned journal Energy Economics.

"Carbon pricing can be particularly costly for some households, so governments do well if they use the revenues to provide targeted relief at the national level," says Simon Feindt, a PhD student in the MCC working group Governance, and lead author of the study. "But looking at the EU as a whole, we find that the burden differs much more between countries than within countries." The study also shows the importance of a border carbon adjustment: the differences are even larger if the carbon price only applies to goods produced within the EU, and does not apply to goods imported from outside. "We provide an empirically sound and consistently calculated estimate for the distributional effects in almost all member states, and show how the modest use of carbon pricing revenues can secure social balance between states."

The study is based on the expenditure budgets of private households from representative surveys of the EU Statistical Office. In addition, it uses the CO2 content of the individual budget items. This takes into account the entire supply chain for each item, drawing on primary data from the scientific network "Global Trade Analysis Project". For a comprehensive picture of the distributional effects, it is assumed that an EU-wide carbon price of 25 euros per tonne CO2 would be imposed on all sectors, and in addition to existing levies. It shows that the costs of living would then increase by a particularly high percentage for households in poorer countries. The extra burden is mainly due to additional expenditures for housing, mobility, and food. The authors examine the burden for different household groups according to expenditure budgets. They also define a hardship group of households incurring significantly more than 3 percent additional expenditure. 75 percent of these households are in Bulgaria, Poland, and Romania.

Subsequently, the study provides a pragmatic solution: some of the money from the carbon pricing could be used to counter this social imbalance between countries. 7 percent of the revenues would be sufficient to reduce the average burden on the poorest tenth of the population to a level which is approximately equivalent to the average burden on all households. The instrument would be a fixed lump-sum payment that would also be made to the second, third, and fourth poorest tenths. The authors calculate how the corresponding compensation fund should be distributed regionally; poorer EU states would benefit most.

The EU Commission's policy is already moving in this direction: a disproportionate share of the Just Transition Fund flows to Eastern Europe. As much as 27 percent go to Poland, which is reluctant to engage in Brussels’ climate policy offensive. The money from this fund is largely allocated to projects for regional support, but the new Climate Action Social Fund is also intended to support private households directly. "The more ambitious the EU climate targets become and the higher the carbon price, the more rationale we have for regionally differentiated funding pots," emphasises Thomas Sterner, professor of environmental economics at the University of Gothenburg and one of the co-authors of the paper. "Our study contributes to ensuring that social compensation is well justified and supported by the population particularly in low-income countries."