Land as means of livelihood under siege worldwide 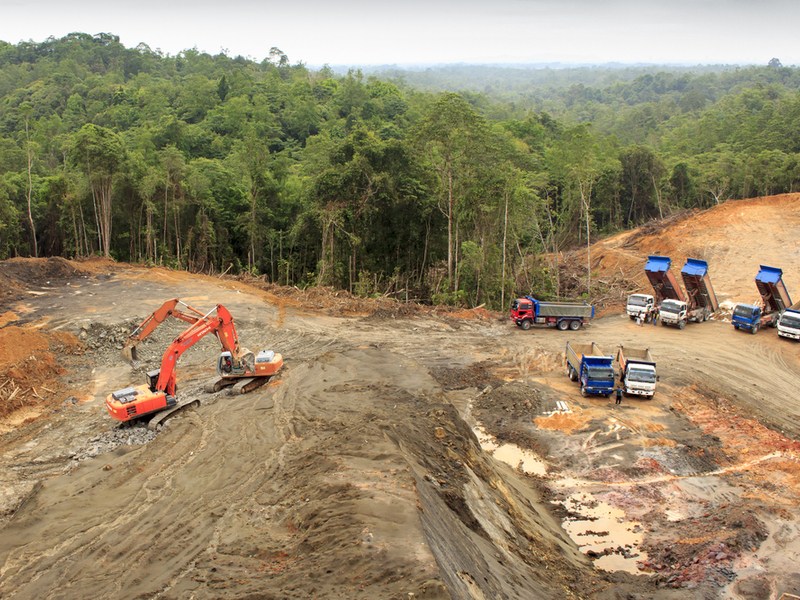 The global pressure on land as a natural source of livelihood has grown significantly in recent years. While land serving as a foundation for ecosystems and biodiversity is disappearing the fastest, land for agricultural use is likewise dwindling at an alarming speed in many parts of the world. The predicament can only be kept in check if local and global actions mesh in a coordinated manner, according to a study by Felix Creutzig and colleagues from the Mercator Research Institute on Global Commons and Climate Change in Berlin and published recently in Global Sustainability. The researcher studied land-use changes across the globe with regard to biodiversity, agricultural use, carbon storage and urbanization for the years 2000 to 2010. Indeed, it is the first study to investigate the occurrence and co-occurrence of these aspects in a comprehensive way for all regions of the world.

The fastest species loss is observed in the Amazon and Indonesia. Agricultural land, for its part, is dwindling most significantly in China, India and Northern Africa. And population growth is fastest in India and Sub-Saharan Africa. The land-use changes are directly related. Summarizing the results, the study’s principal investigator Creutzig says: “In China or Egypt, rapid urbanization occurs at the expense of valuable agricultural land. Globally, that land is then recouped from remote regions such as the Amazon—at the expense of the world’s last natural ecosystems.”

“Urbanization, changing lifestyles and the effect which certain consumer choices can have across great distances are driving the to some extent alarming change in the Earth’s surface,” emphasizes MCC Director Ottmar Edenhofer, a co-author of the study. First of all, urbanization invariably leads to direct intervention in ecosystems, at the expense of agriculturally valuable land. Yet the loss of land to urbanization, as such, is less worrisome than the fact that this involves the loss of the world’s most productive agricultural areas. For example, because of Cairo’s expansion into the Nile Delta, Egypt is increasingly reliant on food imports.

Secondly, changing lifestyles as well as increasing population growth is putting pressure in particular on ecosystems at the broader peripheries of densely-populated areas. One example is the savannah in West Africa, where rural population growth is accompanied by an increasing agricultural output. Third, the researchers observe that interventions in ecosystems are driven by global causes. For example, Europeans have made strides in recent decades in the conservation of their natural environment; yet their demand for Brazilian soybeans, chicken from Lower Saxony or Chinese pigs means that more and more of the Brazilian Amazon is disappearing—one of our largest and most valuable ecosystems on the planet. Similarly, the demand for palm oil from Indonesia is associated with a drastic loss of Indonesian tropical forests. This remote impact also calls German and European consumers, and their local food policies, to responsibility.

In land use, the impact of climate change is in part random, meaning that climate change may be good or bad for a given area of land. It has also been determined that the worlds’ land surface is already undergoing change as a result of climate change. This includes the greening of the Siberian tundra, which is accompanied by significant releases of methane, an effective greenhouse gas; a growing loss of agricultural land in Australia due to drought; and a change in the African savannah due to new patterns of precipitation.

Felix Creutzig repeatedly emphasizes the importance of biodiversity and calls for a more sustainable lifestyle: “Species loss is irreversible and we need coordinated efforts in urban planning, in the expansion of national park areas and, globally, by harmonizing and strengthening conservation but also by looking at how we can make our consumption patterns more sustainable. Urban planning in fast-developing countries from Nigeria to Thailand could contribute to salvaging land when adopting more compact building practices. Or, in Europe and North America, a more moderate consumption of meat and dairy products would help protect the rainforests.”