Analysis of the aspects carbon pricing, social balance, Europe and monitoring – based on the expertise presented in July in the Climate Cabinet. 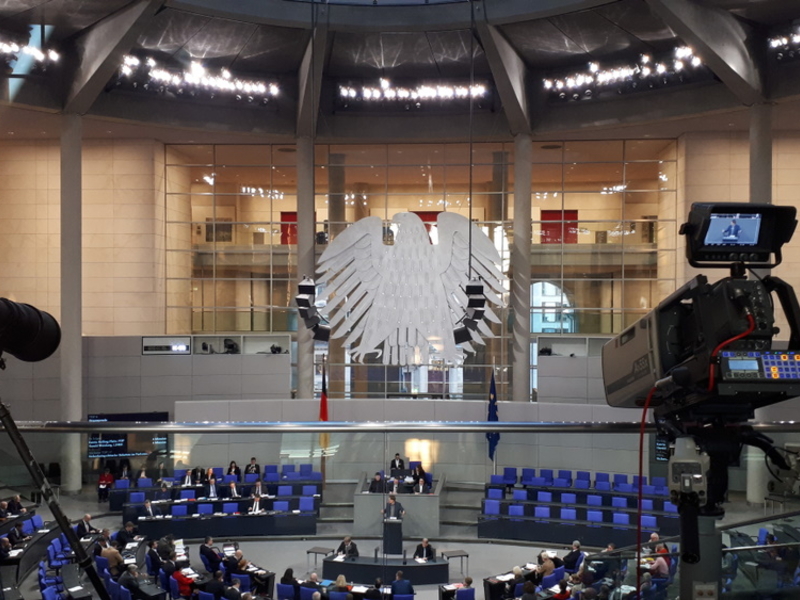 Next stage of action: After the government decision, the climate package is beeing debated in the German Bundestag. | Photo: Shutterstock/Wehnert

The climate protection programme adopted by the Federal Government last week, which is intended to limit greenhouse gas emissions especially in the transport and heating sectors, is unlikely to be sufficient to achieve the 2030 climate targets. Policymakers need to make four particular adjustments: first, they need to raise the level of ambition for the carbon price; second, they need to improve social balance; third, they need to develop further its integration with the EU level; and fourth, they need to introduce an effective monitoring process. This is the core message of a detailed assessment of the climate package, presented by the Berlin-based climate research institute MCC (Mercator Research Institute on Global Commons and Climate Change) and the Potsdam Institute for Climate Impact Research (PIK).

The assessment was prepared by a team of five authors led by MCC and PIK Director Ottmar Edenhofer. In July, the team delivered the 100-page expert report “Options for a Carbon Pricing Reform”, which Edenhofer then presented to the Climate Cabinet in the presence of the Chancellor. The idea of a three-stage carbon pricing (first a fixed price, then a national emissions trading scheme, and finally integration into the EU emissions trading scheme) was introduced as an option in the expert report. This was, in principle, implemented in the climate package on a one-to-one basis, but much more timidly than recommended, with initially a price of only 10 Euro per tonne of CO2. Instead, the MCC-PIK authors recommended a starting price of 50 euros per tonne.

"The climate package is at best an indication of a change of direction, but this has not yet taken place," says Edenhofer. "Now it comes to the task of making adjustments during the next steps, develop carbon pricing as the core instrument of climate policy and raise the price to an appropriate level. Our paper provides well-founded input for that. An important factor is the planned, but at the moment still too weak, monitoring by an independent expert council.”

The MCC-PIK assessment of the German climate package is available for download here.