The International Center for Climate Governance (ICCG) has ranked the MCC among the top ten think tanks worldwide for the fourth consecutive year. In Europe, the institute has been ranked number one. 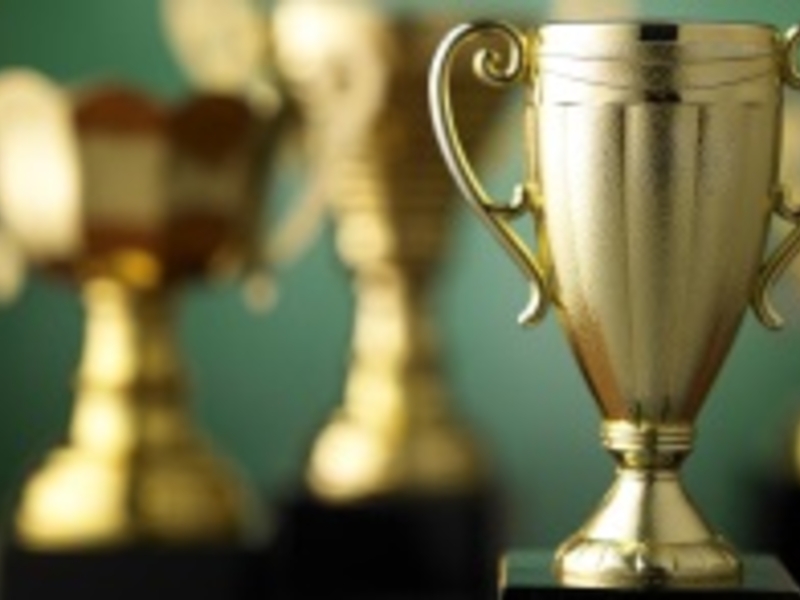 The Mercator Research Institute on Global Commons and Climate Change (MCC) is Europe's leading think tank in the field of climate change. According to the International Center for Climate Governance (ICCG), the MCC is on number one in Europe in this year's "Climate Think Tank Ranking". In consideration of its size, the MCC has been given a higher score than internationally renowned research institutes such as the International Institute for Applied Systems Analysis (IIASA) in Austria and the Leipzig Helmholtz Centre for Environmental Research (UFZ). In addition, the MCC has moved up significantly in the absolute ranking, where institutes are evaluated regardless of their size, jumping from 22nd to 10th place.

Unlike many other rankings, the ICCG’s Standardized Ranking is based on rigorous quantitative methodology and on strong analytical data. This means that the distinction given to the MCC, based in large part on its substantial number of scientific publications and professional events, was made in consideration of the relatively small size of the institution. "We have recently expanded our expertise on climate change again and we are delighted that this is recognized internationally," says MCC Director Ottmar Edenhofer. "Even a small—but superbly positioned—organization can contribute to the advancement of interdisciplinary science and promote excellent early career researchers.”

The active dissemination of scientific findings into the public debate also plays an important role in the ranking. "The MCC is in a continuous dialogue with different stakeholders in politics and the civil society," says MCC Secretary General Brigitte Knopf. "At our events, we bring together decision makers, NGOs and scientists. We are pleased to see that this important work is honored. " 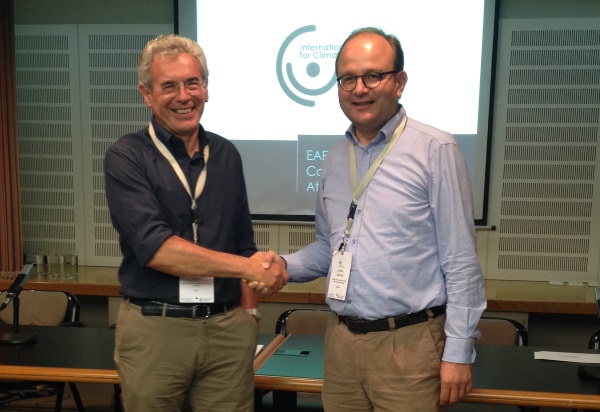 Carlo Carraro (on the left), Director of the ICCG, congratulates MCC Director Ottmar Edenhofer on the institute's top position in the ranking. (Photo: MCC)

On top of the Standardized Ranking worldwide is the Woods Hole Research Center (WHRC) in the United States. In this ranking, the MCC is in fourth place—which means that the institute is among the global top five for the third time in a row. A total of 244 think tanks, not strictly affiliated or integrated with universities, have been evaluated.

The ICCG was founded in 2009 as a joint initiative of Fondazione Eni Enrico Mattei (FEEM) and Fondazione Giorgio Cini. Its current director is Professor Carlo Carraro. A major ICCG initiative is the Think Tank Map project, launched in 2011. The Center has since produced one Think Tank Map every year. These maps identify, catalogue and evaluate institutes throughout the world that are active in the field of climate change and climate policy. The mapping is also intended to promote networking and cooperation between the institutions.

More information on the ICCG ranking and the Think Tank Map.