Promising announcements before, and at, the world climate conference in Glasgow. Policy briefs on perspectives in India, Indonesia, the Philippines, and Vietnam. 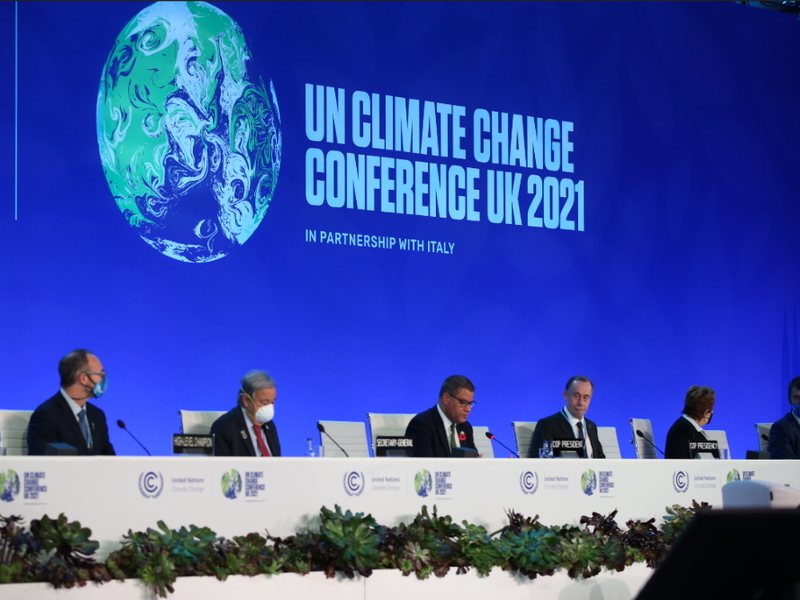 A global phase-out of the particularly climate-damaging coal power generation is slowly getting in sight. "There is important momentum on this pressing short term issue for international climate policy," comments Jan Steckel of the Berlin-based climate research institute MCC (Mercator Research Institute on Global Commons and Climate Change) at the conclusion of the COP26 world climate conference in Glasgow. "The UK government has prepared that well; it first co-founded the Powering Past Coal Alliance in 2017 and now, as host, has done much to ensure that the issue has been given wide coverage."

Four high-level announcements immediately before and at COP26 are particularly noteworthy, judges Steckel, who heads the working group Climate and Development at MCC and is involved, with his team, in many research and advisory projects on coal use/phase-out. First, financing is drying up: "China's announcement to stop building coal-fired power plants abroad will save the world between 8 and 12 billion tonnes of CO2 emissions over the next decades, depending on how it is implemented." Secondly, countries that have so far relied heavily on new coal-fired power plants, for example Indonesia, Vietnam and South Korea, are now also committed to a phase-out in the medium term.

Thirdly, the important player Asian Development Bank has presented a blueprint on how the current coal capacity can be reduced: it proposes buying up power plants and then shutting them down ahead of schedule. The fourth important signal, according to Steckel, is the announcement made at the COP by the USA, Great Britain, Germany and other states to help South Africa with a socially balanced energy transition. "Emerging countries, relying on a high share of coal, now know that the West will not abandon them, in the difficult mission of implementing a phase-out politically and economically."

How to translate general climate targets into policies that ensure an energy transition away from coal is a crucial question for years to come, particularly in countries of the global South. MCC researches and advises on policy options for coal phase-out in those countries. Four policy briefs now illustrate the perspectives of four key countries, including India, Indonesia, the Philippines, and Vietnam. They were prepared as part of the PEGASOS project funded by the German Federal Ministry of Education and Research.

Globally, if all coal-fired power plants that currently operate, are under construction or planned run until the end of their economically expected lifetime, they would emit about 300 billion tonnes of CO2. “This would almost eat up the remaining carbon budget compatible with limiting global warming to 1.5 degrees; even the 2-degree target would be in danger," Steckel warns. "For the upcoming years, it is important that the four high-level announcements result in tangible measures – even if they might look differently across countries and do not necessarily lead to the immediate shutdown of coal-fired power plants." For alternatives to these plants, especially the expansion of renewable energies, sufficient state and private capital must flow into poorer countries. "These investments will pay off. Protecting the climate is much cheaper than repairing climate disaster damage."