Nearly 100 percent renewables in Africa by 2050

A new MCC study shows that climate protection and growth in Africa are compatible—if the countries cooperate and costs continue to fall. 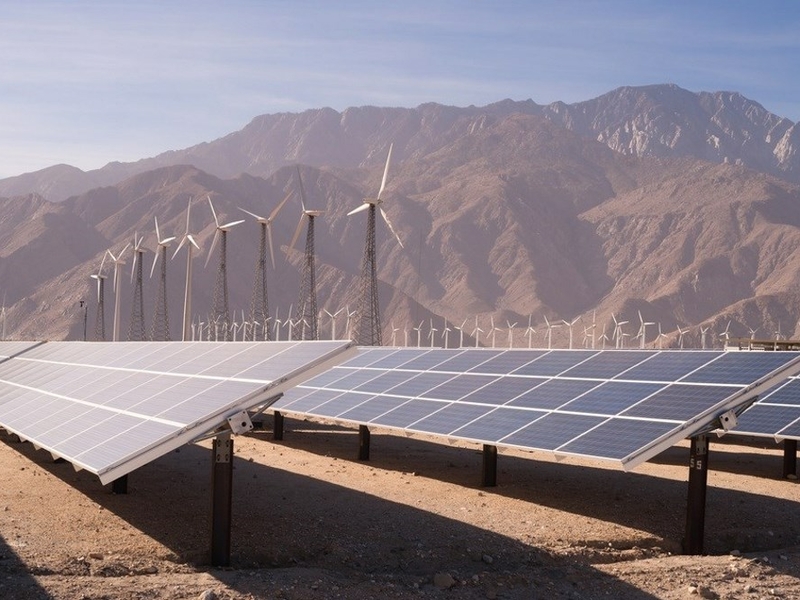 Electricity on the African continent could come almost entirely from renewable energy in 2050, without jeopardizing high economic growth. The prerequisites for this are that African countries cooperate international power grid expansion and in electricity trading, that available hydropower is used to compensate for variability, and that local know-how in handling the new technology is built up at an early stage. This is the result of a new study by the Mercator Research Institute on Global Commons and Climate Change (MCC). Gregor Schwerhoff and his colleague Mouhamadou Sy from the International Monetary Fund (IMF) have published their article “Developing Africa's energy mix” in the journal Climate Policy.

The new findings question the claim that African climate policy should primarily rely on carbon capture and storage (CCS) and biomass. The researchers compared different climate policy scenarios by using so-called “Integrated Assessment Models” (IAM). They can show that prices for renewables have fallen faster and—at the same time—opportunities for dealing with fluctuations in renewable energy can be used more flexibly than previously considered. The goal of the Paris Climate Agreement to limit global warming to below 2°C is thus very much compatible with strong economic growth in Africa.

“Due to low income levels in African countries, policy makers attach great importance to keeping energy prices low,” says lead author Schwerhoff. “However, the results of our model suggest that prices for renewables are falling so rapidly that they will be in the range of fossil fuel prices faster than previously thought. In addition, Africa has the world's best potential for renewables.”

However, a major hurdle for the expansion of renewables in Africa are the relatively high capital costs: Greater investment risk—for example due to political uncertainty—is reflected in higher interest rates and thus higher costs for investors. In the long term, stable political and legal conditions for investors are required to further reduce those costs. On the other hand, fossil fuels would become less attractive if their external costs to society, such as negative effects on health and environment, were reflected in sufficiently high carbon prices.

Variability in electricity generation and the necessary grid expansion are further obstacles on the way to nearly 100 percent renewable energy. “The natural fluctuations in renewable power generation can be compensated by means of cross-regional exchange,” says co-author Mouhamadou Sy. “In Africa, this requires a high degree of cooperation between neighboring countries. This also applies for the required investments in grid expansion.”

Although electricity on the African continent could come almost entirely from renewable energy, the optimal energy mix varies considerably between African countries. “Kenya, for example, is already the global market leader for off-grid photovoltaics and can concentrate on expanding electricity supply to rural areas,” says Schwerhoff. “In Nigeria and South Africa, on the other hand, there is a strong fossil-fuel industry that stands in the way of a rapid transition.”