“Now is the time to turn these words into deeds”

Statement by MCC Director Ottmar Edenhofer on the announcement of the more ambitious climate policy in Germany, presented today by Federal Minister of Economics, Peter Altmaier. 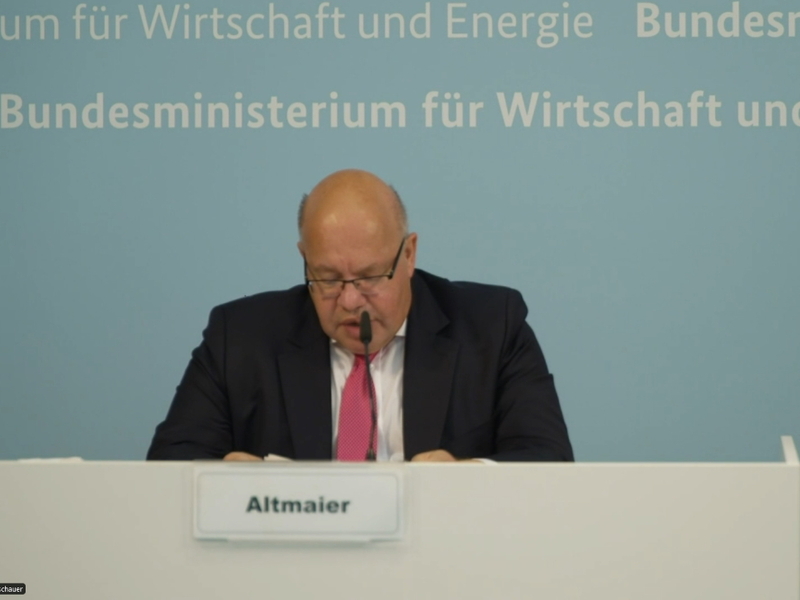 Federal Economics Minister Peter Altmaier made far-reaching proposals today to step up Germany's climate protection efforts. In particular, the national carbon price, which will apply from the beginning of 2021, is to be adjusted in line with European climate targets. Any resulting hardships for the economy are to be mitigated by other instruments. A “Charter for Climate Neutrality and Economic Power” and a 20-point programme should ensure broad social consensus. Ottmar Edenhofer, Director of the Berlin-based climate research institute MCC (Mercator Research Institute on Global Commons and Climate Change) and the Potsdam Institute for Climate Impact Research (PIK), comments:

"Federal Minister Peter Altmaier made a remarkable announcement today. If these words now really are turned into deeds, he has a chance to go down in history as a Ludwig Erhard of climate change policy. Only a rapid stabilisation of our climate will lead to long-term prosperity and security: this issue is now finally moving to the centre of society. The decisive factor in Altmaier's 20-point plan is the promise that carbon pricing, as the core instrument of climate policy, should fully reflect European climate targets, including the now foreseeable tightening of the 2030 targets in view of climate neutrality in 2050.  From an economic point of view, European emissions trading must also be reformed quickly, in particular by introducing a minimum price. Germany can initiate this. And the national carbon price for transport and heating must be integrated into European emissions trading without delay. Pricing is better and cheaper than bans or subsidies. It is also fairer, because it creates revenue that can be used to ensure social balance.”

"If the historic consensus between business and climate, which Mr Altmaier is striving for, is to work, it is crucial that the Federal Government now also takes a closer look at global cooperation. Countries like China, India and Indonesia must also be encouraged to bring their policies into line with the objectives of the global climate agreement. One important instrument here is international climate financing, for example low-interest loans to countries that in return phase out coal or introduce effective carbon pricing systems. The focus must be on cooperation. The European carbon border adjustment mentioned by Altmaier can help in exceptional cases at best, but it cannot be the general thrust: If we want to bring climate and economy together, we must not abolish free trade.”