Orientation for a global coal phase-out

Four-fifths of this kind of fuel is burned in 15 countries. A large research work now compiles 15 comparable case studies, showing the dependencies and ways out. 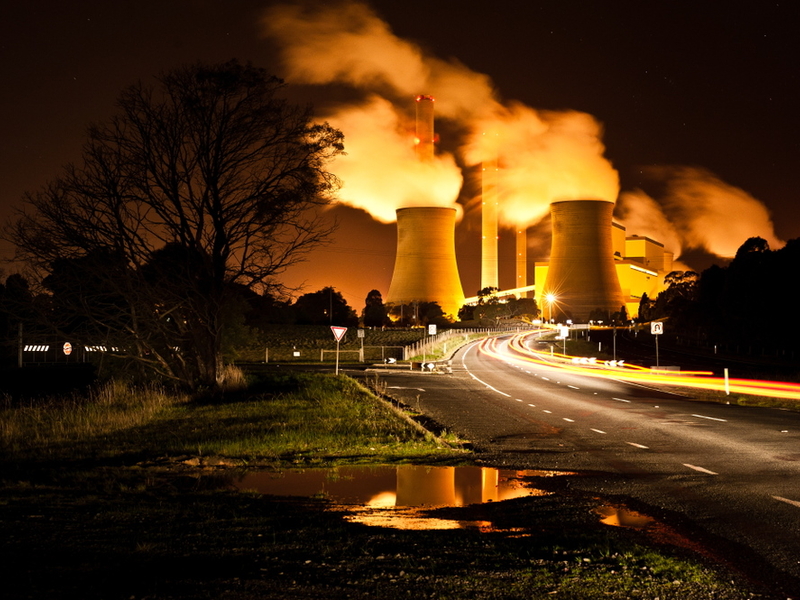 Loy Yang plant in Australia: there were 2445 coal-fired power plants worldwide in mid-2021, according to the Global Energy Monitor. | Photo: Shutterstock/Charnley

After four years of preparatory work, an unprecedented research work on the “political economy of coal“ was published today. It shows why this particularly climate-damaging fuel is still used to produce electricity, following intensive on-site research in the individual countries concerned on the basis of a rigorous scientific concept. Specifically, the project covers Australia, Bulgaria, Chile, China, Germany, India, Indonesia, Kenya, Colombia, the Philippines, South Africa, Turkey, the UK, the USA, and Vietnam: these 15 countries account for 80 percent of all coal-fired power plant capacity in operation, under construction or in planning. The project was led by the Berlin-based climate research institute MCC (Mercator Research Institute on Global Commons and Climate Change).

The publication, including 15 consistently designed case studies and a cross-sectional evaluation, can be bought as a book. It is also available on the internet open access. “In this way, we are supporting the process of a global coal phase-out,” explains Jan Steckel, head of the MCC working group Climate and Development and one of the two editors. “There were promising signals calling for a phase-out before, and at, the recent world climate conference. Now we shed light on the specific political settings that have supported the coal industry so far – and thus also the respective starting points for national energy transition.“

36 scientists from renowned institutions around the globe were involved. In their nationwide studies, they all follow the “Actors, Objectives, Context” analytical framework developed at MCC: what are the actors with the greatest influence on political decisions, what are their objectives, and what influences the priority of these objectives, i.e. the energy mix? The result is a detailed explanatory pattern of global coal use, which is by no means in decline, despite considerable increases in renewable energies. All coal-fired power plants that currently operate, are under construction or planned to run until the end of their economically expected lifetime, would together emit about 300 billion tonnes of CO2. This would almost completely eat up the remaining carbon budget compatible with the 1.5-degree target, and would even put the 2-degree target at risk.

For example, in many places, high capital costs ensure that wind or solar parks, which are more expensive per megawatt in the acquisition phase, cannot compete with coal-fired power plants. On top of that, coal-fired power generation is often favoured by state price guarantees. There are regional dependencies on jobs and tax payments from the coal industry, and there are investments in infrastructure, such as railway lines which must be considered. The national studies also describe personal interdependencies with the government apparatus, the effects of corruption, the sometimes questionable role of provincial governments, and the importance of the value added generated by coal in containing domestic political conflicts.

This results in very different policy recommendations for different groups of countries. For countries that are just building their energy systems, there is emphasis on finance and technology for sustainable solutions. For established coal users, it is about energy market liberalisation, institutional reforms, and compensation mechanisms. The latter relate to employees in the coal industry, but also to ownership rights to coal mines. For countries that have initiated a coal phase-out, the focus should be on a carbon price plus initial support for renewables. And for countries that export a lot of coal, it is about structural change and new opportunities in the international division of labour.

"An important aspect for all groups of countries is the interaction of governance levels," emphasises Michael Jakob, long time Senior Researcher and now Fellow at MCC and co-editor of the research work. "A national coal phase-out must be implemented in the relevant regions – and, if possible, embedded in transnational structures." Boosting their international standing and achieving financial support for the phase-out could become a decisive motive for many a state leader. “The recent announcement made by the USA, the UK, Germany and other states to help South Africa with the coal phase-out and a socially balanced energy transition is a promising example.“