As the IPCC's WG III Co-Chair MCC director Ottmar Edenhofer presented its latest report. He says: "It doesn't cost the world to save the planet." 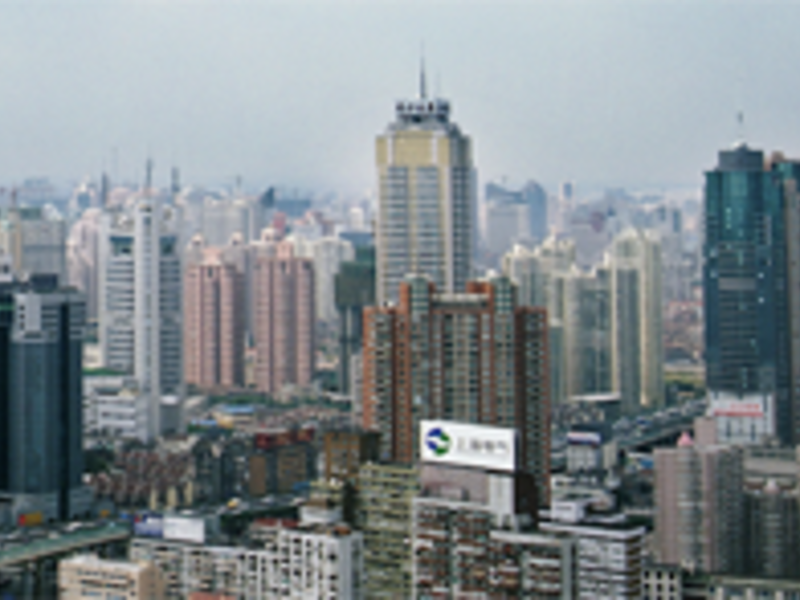 The world can still get a handle on global warming—at a relatively low cost and in several ways. This was the finding of a report from the IPCC Working Group III, co-chaired by Ottmar Edenhofer, who is also director of the Mercator Research Institute on Global Commons and Climate Change (MCC) and chief economist at the Potsdam Institute for Climate Impact Research (PIK). “It doesn’t cost the world to save the planet,” said Edenhofer on Sunday at the launch of the report. Other contributors to the report include the MCC scientists Felix Creutzig, Christian Flachsland, Michael Jakob, Jan Steckel und Christoph von Stechow.

The result is of great significance for developing and emerging countries, as it evidences that these do not need to forgo growth in order to protect the climate. According to IPCC calculations, the investment costs for achieving the two-degree target and for moving away from coal, gas and oil as energy sources would be, while maintaining an economic growth of 1.6 to 3 percent annually, about 0.06 percentage points until the year 2030.

“That would mean, for example, that the economy would grow by 1.94 percent annually instead of 2 percent,” says Edenhofer. “That’s what you usually see when taxes are raised or what happens in a financial crisis.” Moreover, these numbers do not incorporate the positive economic spin-offs of a slower climate change.

Finally, different options exist for reducing emissions. One is the increased use of energy from biomass in conjunction with carbon capture and storage, and another is the rigorous pricing of carbon emissions.

A new report by the Intergovernmental Panel on Climate Change (IPCC) shows that global emissions of greenhouse gases have risen to unprecedented levels despite a growing number of policies to reduce climate change. Emissions grew more quickly between 2000 and 2010 than in each of the three previous decades.

According to the Working Group III contribution to the IPCC’s Fifth Assessment Report, it would be possible, using a wide array of technological measures and changes in behaviour, to limit the increase in global mean temperature to two degrees Celsius above pre-industrial levels. However, only major institutional and technological change will give a better than even chance that global warming will not exceed this threshold.

The report, entitled Climate Change 2014: Mitigation of Climate Change, is the third of three  Working Group reports, which, along with a Synthesis Report due in October 2014, constitute the IPCC’s Fifth Assessment Report on climate change. Working Group III is led by three Co-Chairs: Ottmar Edenhofer from Germany, Ramón Pichs-Madruga from Cuba, and Youba Sokona from Mali.

“Climate policies in line with the two degrees Celsius goal need to aim for substantial emission reductions,” Edenhofer said. “There is a clear message from science: To avoid dangerous interference with the climate system, we need to move away from business as usual.”

Scenarios show that to have a likely chance of limiting the increase in global mean temperature to two degrees Celsius, means lowering global greenhouse gas emissions by 40 to 70 percent compared with 2010 by mid-century, and to near-zero by the end of this century. Ambitious mitigation may even require removing carbon dioxide from the atmosphere. Scientific literature confirms that even less ambitious temperature goals would still require similar emissions reductions.

For the report, about 1200 scenarios from scientific literature have been analyzed. These scenarios were generated by 31 modelling teams around the world to explore the economic, technological and institutional prerequisites and implications of mitigation pathways with different degrees of ambition.

“Many different pathways lead to a future within the boundaries set by the two degrees Celsius goal,” Edenhofer said. “All of these require substantial investments. Avoiding further delays in mitigation and making use of a broad variety of technologies can limit the associated costs.”

Estimates of the economic costs of mitigation vary widely. In business-as-usual scenarios, consumption grows by 1.6 to 3 percent per year. Ambitious mitigation would reduce this growth by around 0.06 percentage points a year. However, the underlying estimates do not take into account economic benefits of reduced climate change.

Since the last IPCC assessment report, published in 2007, a wealth of new knowledge about climate change mitigation has emerged. The authors of the new, fifth Working Group III report have included about 10,000 references to scientific literature in 16 chapters.

Stabilizing greenhouse gas concentrations in the atmosphere requires emissions reductions from energy production and use, transport, buildings, industry, land use, and human settlements.

Land is another key component for the 2°C goal. Slowing deforestation and planting forests have stopped or even reversed the increase in emissions from land use. Through afforestation, land could be used to draw carbon dioxide from the atmosphere. This could also be achieved by combining electricity production from biomass and carbon dioxide capture and storage. However, as of today this combination is not available at scale, permanent underground carbon dioxide storage faces challenges and the risks of increased competition for land need to be managed.

“The core task of climate change mitigation is decoupling greenhouse gas emissions from the growth of economies and population,” Sokona said. “Through providing energy access and reducing local air pollution, many mitigation measures can contribute to sustainable development.”

“The IPCC has been able to recruit from a diverse and immensely accomplished team of authors who are the leading experts in their respective fields,” said Rajendra Pachauri, Chairman of the IPCC. “I am grateful to the many contributors who have provided their time and talent for the preparation of this report. Their work has enabled the IPCC to cover a broad perspective while assessing climate change mitigation on a comprehensive basis,” he said. “The Working Group III report is a valuable input to the Synthesis Report, which is to be completed in October 2014. I am also certain that the contents of the report will be used productively in the negotiations under the UNFCCC.”

The Working Group III Summary for Policymakers, full report and further information are available at