Surprising facts about the fuel price unrest in Ecuador 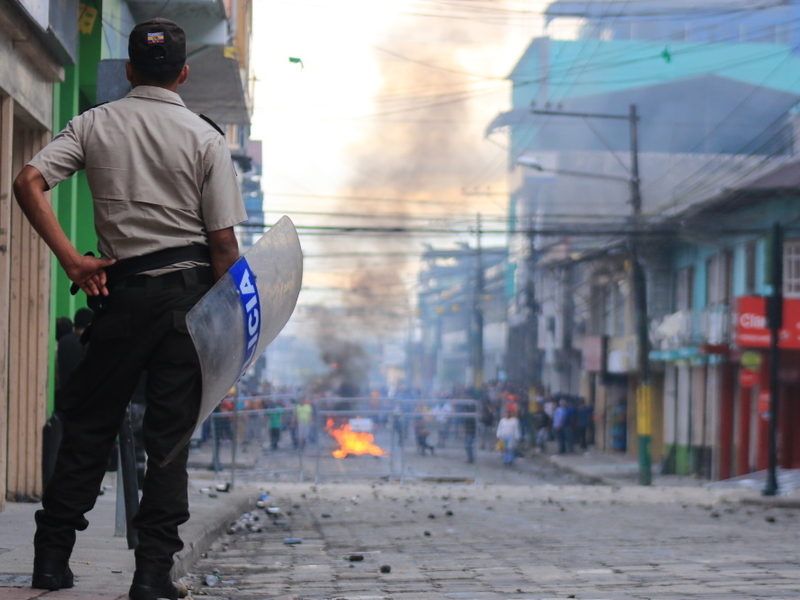 Protests against higher fuel prices escalate, people storming the parliament, civilians left dead in street battles: this was the preliminary end of Ecuador’s attempt to reduce fossil fuel subsidies last October. The reform plan was prompted by fiscal restraints required by the International Monetary Fund, but the events also speak to climate policy. Is it feasible to turn away from oil and gas without social distortions? How this can be achieved has now been mapped out based on empirical data in a study co-authored by the Berlin-based climate research institute MCC (Mercator Research Institute on Global Commons and Climate Change). The study was published in the renowned journal Energy Policy.

The scientists calculated how subsidy reductions and resulting higher prices, for example of gasoline, diesel or liquefied petroleum, affect different income groups. Extensive data from the Central Bank and from the Statistics Office of Ecuador were used, including the expenditure structure of typical private households as well as a so-called input-output table, which quantifies the impact of energy prices on hundreds of products. The latter is important, since higher energy prices also have indirect effects beyond the gas station and electricity bill.

“In the face of the recent unrest in Ecuador, the result is surprising,” reports Michael Jakob, Senior Researcher in the MCC Working Group on Climate and Development and one of the authors of the study. “In purely mathematical terms, the country could eliminate all energy subsidies, increase the real income of the poorest fifth of households by 10 percent from the additional revenues, and even retain money.”

The reason for this is that high-income households also benefit from artificially low fuel prices, in some cases even disproportionately so. The study describes the distribution effect for the different energy sources in detail – and shows which channels could be used in Ecuador to effectively compensate for price liberalisation, for example the “Bono de Desarollo Humano” social allowance. Findings from interviews with decision-makers were also included. These revealed the potential for political resistance, above all by the exceptionally well-organised transport industry of the country. “Probably the main reason for the failure of the reform was poor communication, not that it produced too many losers ,” Jakob explains. “The government missed its chance to initiate a process of political dialogue and consensus-building in advance.”

In Ecuador, a South American country with a population of 17 million, which produces its own oil and is a member of Opec, fossil fuel subsidies are particularly high. According to official figures, they amount to 7 percent of economic output and even account for two thirds of the national budget deficit. However, according to the MCC researcher, the finding that a government is able to initiate the phase-out of fossil-fuel energy in a socially balanced manner is not limited to this particular case. "The lessons learnt can certainly be applied to many other developing, and even developed, countries.”