Warning against hubris in CO2 removal

In "Nature", MCC researchers advocate the ethical evaluation of negative emission technologies. They call for an interdisciplinary collaboration. 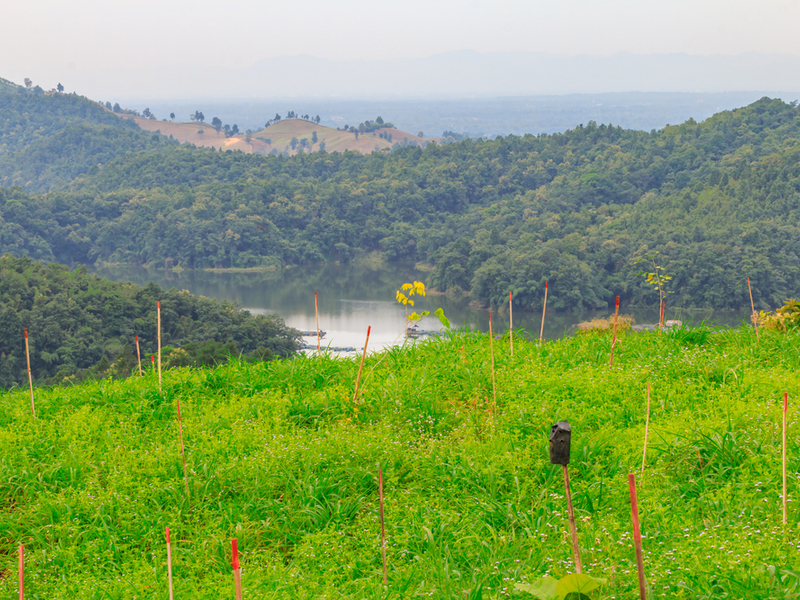 To be able to meet the temperature targets agreed upon in Paris, society needs to remove large quantities of CO2 from the atmosphere in future. However, the technologies required for this, frequently referred to as “negative emissions technologies” (NETs) come with certain risks. Their corresponding ethical implications should therefore be taken into consideration both in ethics and in climate science, recommend researchers led by Dominic Lenzi of the Mercator Research Institute on Global Commons and Climate Change (MCC). They also warn of hubris in regard to the expansion of NETs, since the technologies’ large-scale applicability may be overestimated in the climate models. The group’s commentary has been published in the prestigious scientific journal Nature.

The article is particularly relevant in light of the upcoming publication of the Special Report on 1.5 Degrees of the Intergovernmental Panel on Climate Change (IPCC), planned for early October. The application of NETs to meet this particular target will play a central role in the report. “Despite the fact that their application raises many ethical questions, there has been a complete lack of ethical evaluation of carbon removal technologies so far,” says lead author Lenzi. Large-scale afforestation, for example, an important NET, requires so much fertile land that it might jeopardize food security in some parts of the world. Another technique, ocean seeding, leads to an increase in the oceans’ ability to absorb carbon. However, it would interfere massively with marine ecosystems.

“Ethics does not deal with negative emissions technologies because ethicists are generally not aware of the underlying science or simply don’t pay attention to it,” says Lenzi. “As a consequence, this leads to ethical questions, such as those raised by carbon removal, playing virtually no role in the models of climate scientists,” Lenzi continues. “As ethicists, we should rather have discussions on concrete climate pathways. Meaning what mix of emission reductions, carbon removal and adaptation is desirable from an ethical viewpoint.”

Climate debates in philosophical ethics are too abstract, according to the researchers. They mostly revolve around the “responsibilities of states to fund mitigation and adaptation, whether the polluter pays and who has the ability to pay”. “We need a cultural change – both in the work of philosophers and in climate research,” says co-author Martin Kowarsch of MCC. “For this, we need an interdisciplinary collaboration between climate science and ethics.” The IPCC’s various model-based climate paths – the so-called “scenarios”, which frequently rely on the use of CO2 removal technologies – should be discussed in three respects. 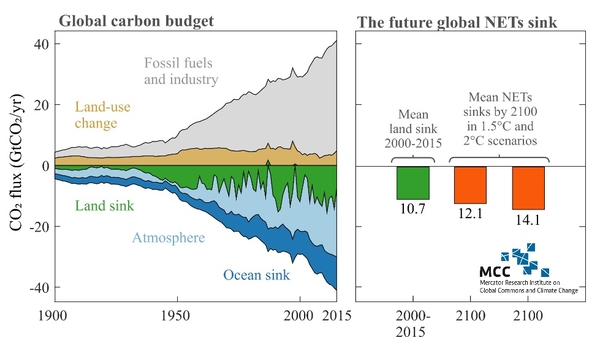 Firstly, NETs raise a “moral hazard” problem. “Policy makers may get the impression that they can take their time with climate protection measures,” says co-author Jan Christoph Minx of MCC. “After all, the thinking might be, we can simply just extract excess emissions from the air in the future.” In scenarios without CO2 removal, emissions would need to be reduced relatively rapidly to almost half of the current level, around 23 gigatonnes per year, by 2030. With CO2 removal, on the other hand, the emissions would only need to be reduced slowly to around 32 gigatonnes by the same year – a little less than the current level.

Secondly, the authors warn that NETs are a “risky bet”. The current state of research and development is lagging far behind compared to the model assumptions. The scenarios often assume rapid technological progress and a massive expansion of the technologies in the coming decades. “The actual, large-scale applicability of negative emissions technologies, in contrast, is limited thus far,” says Minx, who is also a professor at the Priestly International Centre for Climate at the University of Leeds. To date, there have only been a few pilot projects.

Finally, the researchers urge that the “hubris” underlying the models must be discussed. Our actual ability – even in the future – to extract enormous quantities of CO2 from the atmosphere may be overestimated in the climate models. The models assume that we will be able to manage “an artificial carbon sink that is larger than the entire land sink today,” they write. There are “potential feedback mechanisms and tipping points that are poorly understood, such as whether temperature overshoot might trigger permafrost melting.”