A new approach to the social cost of carbon

What is the impact of the climate crisis? An MCC-led study highlights the effect of the gaps between rich and poor within countries. This could be important at the world climate summits. 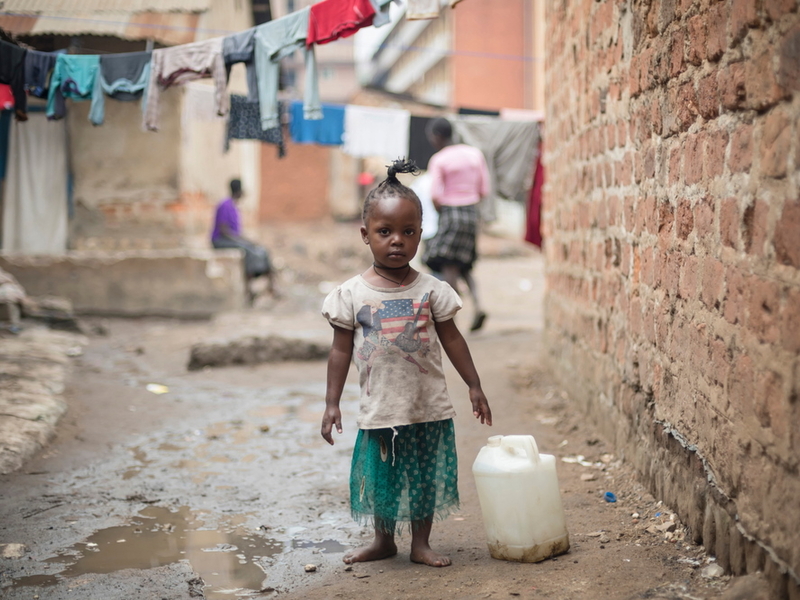 Vulnerable to climate change: a child in the Katanga slum in Kampala. Uganda is a country with particularly high social inequality. | Photo: Shutterstock/Karavaev

The social cost of carbon indicates how much damage the emission of a single tonne of the greenhouse gas CO2 causes to the well-being of humanity. It is a key steering parameter for climate policy, important for international negotiations on carbon prices, and US President Joe Biden just initiated the recalculation of its value. A new model study now significantly expands the scientific concept for calculating this figure. This study was led by the Berlin-based climate research institute MCC (Mercator Research Institute on Global Commons and Climate Change) and has now been published in the renowned Journal of Environmental Economics and Management.

The starting point of the study is the so-called optimal tax theory. As with every tax, there is a level of carbon price beyond which welfare no longer increases. It decreases because the additional tax burden for citizens and companies becomes greater than the climate damage avoided. Inequality plays an important role in this delicate trade-off, as poorer households tend to be more vulnerable to climate change than richer households. "There is evidence that climate change is a regressive form of financial burden, hitting poorer people particularly hard," explains Ottmar Edenhofer, MCC Director and one of the authors. "Our study provides an expanded approach that systematically links climate policy and distributional policy, and also offers guidance for international climate negotiations."

Inequality between countries has been considered in previous model studies. Climate damages and economic settings are different in China, for example, than in Germany; this is why climate negotiations are not about a globally uniform, but a regionally differentiated carbon price. The new study additionally, and to the authors’ knowledge for the first time, takes a look at inequality and redistribution within countries and accordingly expands the mathematically formulated approach to "global social welfare". This involves, for example, the limited means of individual states to compensate poorer people for excessive climate damage. When this is incorporated in the model, the social costs of carbon are higher globally, than shown in previous research literature. And because combating inequality is on the political agenda, for example in the context of the UN Sustainable Development Goals, carbon prices must also be set higher worldwide.

How much climate damages are in monetary terms depends, of course, on empirical data – MCC presented a major study on this in August 2020. An accurate understanding of the interdependencies is crucial for the calculations. "In scientific policy advice, carbon costs are a key factor because they show the benefits of climate policy for individuals" says Ulrike Kornek, Senior Researcher at MCC and lead author of the study. The importance of this is currently evident in the United States where economist Michael Greenstone from the University of Chicago is coordinating the recalculation ordered by President Biden. The result of this will mark out the national scope for action in climate policy, and at the same time, Biden must mitigate the country's social divide. "Climate policy and fighting inequality are also high on the political agenda in many other countries" Kornek explains. "Therefore, interactions between the two cannot be ignored."