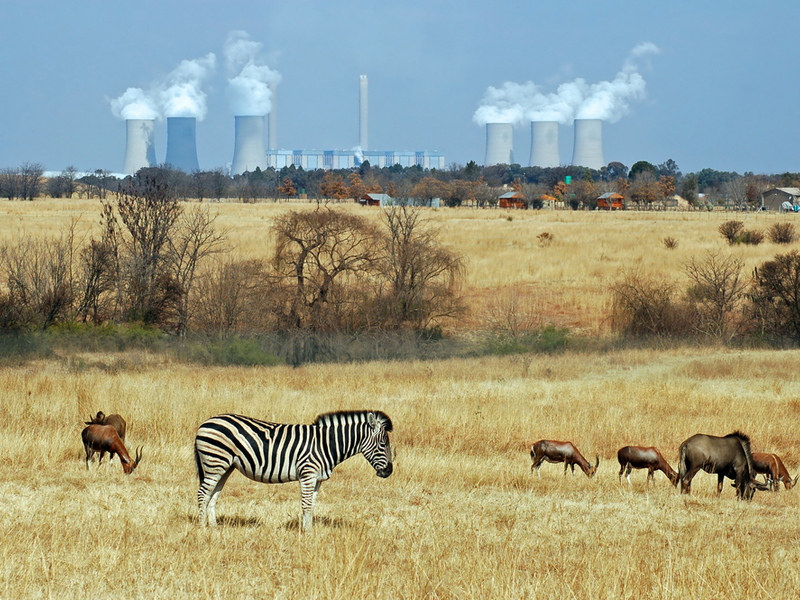 While in many industrialised countries the climate policy debate is focused on how fast greenhouse gas emissions should be reduced, things are moving in the opposite direction in the economically least developed countries. In the nearly 50 African states south of the Sahara (sub-Saharan Africa), not including the newly industrialising economy of South Africa, new coal-fired power plants with an annual output of 100 million tonnes of CO2 could go into operation by 2025. It is equivalent to about 40 per cent of what German coal-fired power plants currently emit. This is the result of a new study carried out by the Berlin-based climate research institute MCC (Mercator Research Institute on Global Commons and Climate Change), which was recently published in the renowned journal Nature Climate Change.

“Between 2005 and 2015, carbon emissions from power plants and industrial complexes in the region already increased by 6 per cent annually”, reports Jan Steckel, head of the MCC working group Climate and Development. “Angola, Congo and Mozambique were, even though starting at low levels, the three countries with the strongest increases worldwide.” Based on a database of the US financial services provider S&P Global, the study specifies the investment plans for the near future in each individual country. “Sub-Saharan Africa is at the brink of a coal boom”, says Steckel. “This is partly driven by a ramping-up of Chinese and Indian investments after the domestic market for coal-fired plants is becoming increasingly saturated.” Plants with a total capacity of about one gigawatt are currently under construction and others with a total capacity of 30 gigawatts are planned, although half of the latter are currently shelved.

Supported by data from the International Energy Agency and realistic general development trajectories from research literature, the MCC study describes two scenarios of the coal boom. In a relatively favourable scenario, 70 per cent of the specifically planned projects as well as all projects that are currently on hold will be cancelled. While there will still be some investments in coal fired power plants, energy-related emissions can be largely stabilised through the expansion of renewable energies. The MCC researchers show that this path would be largely in line with the objectives set out in the Paris world climate agreement. By contrast, in an unfavourable scenario all coal projects will be implemented – and emissions, currently around 245 million tonnes CO2 per year in the energy and industry sectors, will rise rapidly.

“Sub-Saharan Africa has a tremendous need for cheap and reliable energy, and the region is now at a critical junction”, warns Michael Jakob, MCC researcher and co-author of the study. Everything that is built today would have a crucial impact on the energy system and thus on future emissions. “The African example shows: global climate policy must pay attention to the fact that poorer countries are trying to catch up economically and assist in making emission-free energy supply alternatives attractive.”