Worldwide, the potential collapse of food imports threatens the food security of 200 million people. Countries in North Africa and Central America are the most dependent on imports, although the poor there are less affected. By contrast, in Sub-Saharan Africa, the dependence on imports is lower, but the poor are more affected. These were the findings of researchers of the Mercator Research Institute on Global Commons and Climate Change (MCC) in Berlin. 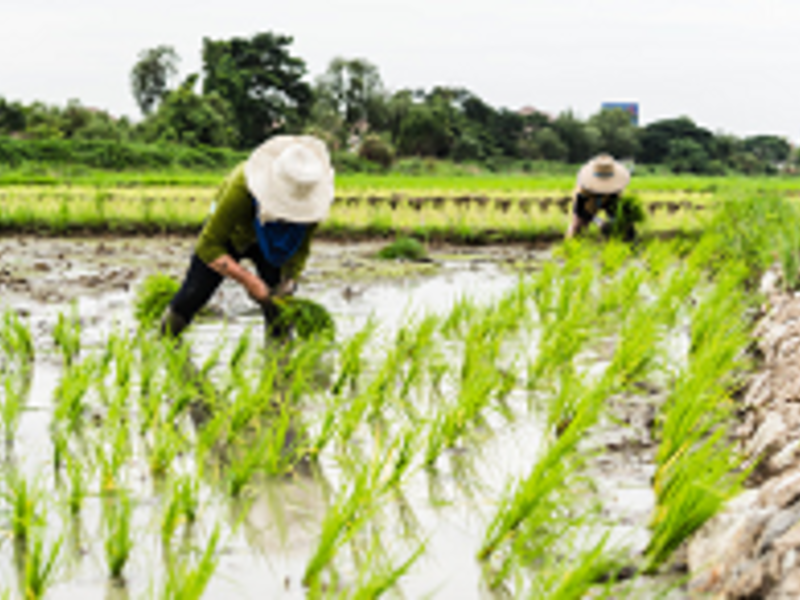 Many developing countries produce insufficient staple foods, be it wheat, rice or corn, for their own needs and are dependent on importing these from a few exporting countries. In a study which was recently published in Environmental Research Letters, MCC researchers estimated what would happen if major exporters were to reduce or stop their exports, such as after a heat wave or drought. Their finding: Import-dependent countries with a large poor population would be particularly affected, especially some West African countries that rely on rice imports.

“If Thailand, as the world’s largest rice supplier, were to stop its exports, this would impact 136 million people from Mauritania to Nigeria who are considered poor according to the definition of the World Bank,” says Christopher Bren d'Amour, lead author of the MCC study. The loss of as little as five percent of rice on the market of a developing country could drive up the price there by 17 percent. “For people having to get by on less than two dollars a day, this is a dramatic price hike,” adds Bren d’Amour.

Similarly, a halt of corn exports by the United States, market leader of that staple, would have far-reaching consequences and affect some 21 million people, mostly in Central America and the Caribbean. As for wheat, countries in North Africa and the Middle East would be the most vulnerable to import-related price increases. These scenarios are plausible, says Bren d’Amour. Indeed, major exporting nations such as Russia, Thailand and Vietnam tend to adopt restrictive export policies when seeking to pull their own domestic markets through difficult times. Moreover, extreme weather events are becoming more frequent, which takes its toll on the harvests and returns.

Other calculations made by the MCC researchers are likewise sobering. For example, a drop in the export of rice, corn and wheat of only ten percent worldwide would affect, in the form of price increases, 55 million poor people in 58 countries. Dr. Felix Creutzig, co-author of the study, points out: “If a flood in the Mekong Delta in Vietnam destroys the region’s rice production, then slum dwellers in Lagos, Nigeria can no longer afford the staple food rice. This is how environmental risks in one region of the world amplify the risk of poverty in a different region of the world.”

As preventive measures against food crises, the authors recommend above all a strengthening of domestic agriculture, as is done in Nigeria, more trading partners and a diversification of the food supply. Irrigation and several harvests per year through the cultivation of different crops in the same field could allow for greater and more diversified yields in tropical and subtropical areas. But the fight against poverty remains crucial since, according to Bren d’Amour, “the more money people have to live, the better a country’s population can absorb price shocks caused by short-term food shortages.”