In "focus groups", MCC experts have now gathered insights into values and priorities within the population as input for the energy transition project Ariadne. 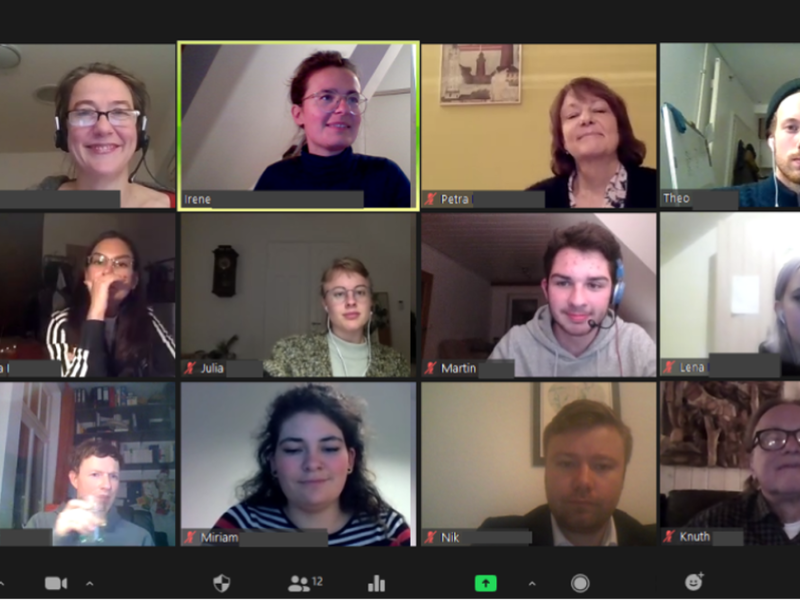 One of nine focus groups: due to coronavirus pandemic, the discussions were conducted in video conferences. | Photo: MCC/Ariadne

In the fight against the climate crisis, there use to be alternative pathways – and the one politicians take depends not least on the values and priorities within the population. In order to identify better policy options, experts from the Berlin-based climate research institute MCC (Mercator Research Institute on Global Commons and Climate Change) are now systematically exploring the widespread ideas in Germany regarding electricity and transport transition. Nine "focus groups" with a total of around 90 randomly selected citizens kicked off the process. The results will flow into the Kopernikus research project Ariadne. MCC is one of more than 25 partners in this energy transition project, which began in July 2020.

"Ariadne wants to include a more comprehensive picture on the different perspectives of society," explains Martin Kowarsch, head of the MCC working group Scientific Assessments, Ethics and Public Policy. A process of so-called citizen deliberation, which runs through the entire three-year period of the Ariadne project, is intended to make a scientifically evaluated contribution “to a factual, public-interest-oriented debate". Deliberation refers to a culture of conversation that empowers citizens to form beliefs through an exchange of arguments, based on mutual respect.

In a 40-page Ariadne Report, the MCC experts have summarised the findings from the focus groups; they were supported by the strategy consultancy ifok. "People discussed who should feel responsible for ensuring that set climate targets are met, for example, and how burdens could be shared in a fair way," explains Arwen Colell, Policy Analyst in MCC's Policy Unit. "Very different goals were expressed concerning the role of the state." On the one hand, it is about having more of a say, for example, in technological decisions with regard to the energy transition. On the other hand, it is about creating infrastructure, for example, to facilitate a modal shift from cars to public transport.

As food for thought for the focus groups, which were conducted in video conferences due to the coronavirus pandemic, the Ariadne project had produced stimulating brochures on the electricity and transport transition, which are in German and available on the internet (here and here). People’s statements were then systematically arranged in "maps" according to values, arguments and contexts, as input for the development of policy options. The Ariadne project envisages further discussion formats, which will culminate in a 2023 "citizens' summit", a broad interaction with politicians, business, and science.