MCC study based on consumer expenditure data examines the combination of a one-off payment and a price brake. Edenhofer: “Substantial relief, but not yet socially balanced.” 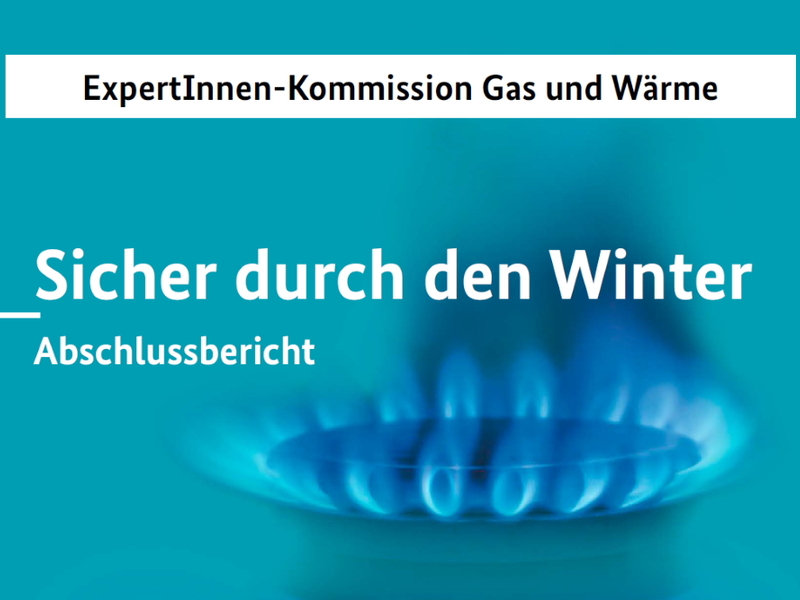 Safely through the winter: the final report of the Gas Commission has convinced the German government, MCC has calculated the relief designed for households. | Source: BMWK

The final report of Germany’s “Expert Commission Gas and Heat” presented on 31 October amounts to a halving of the crisis-related extra costs for private households using gas for heating. The suggested combination of a one-off payment and a price brake, which the German government has already introduced this week, will compensate for 47 percent of the extra costs for a median gas household until spring 2024, given the current price trend. This is shown in a study by the Berlin-based climate research institute MCC (Mercator Research Institute on Global Commons and Climate Change), which is now available online.

The background is Russia's war of aggression against Ukraine and the loss of gas supplies to Europe. Germany’s federal government appointed the Gas Commission six weeks ago, also requesting MCC expertise. According to the concept, the government, via the gas suppliers, will relieve households in two stages. In December, it will refund one monthly bill. From March – the government may accelerate this to February – it will subsidise 80 per cent of projected consumption down to 12 cents per kilowatt hour, and refund the difference between this price and the market price. The corresponding MCC study draws on empirical consumer expenditure data and a simulation model developed at the institute: in its climate policy research, MCC has been exploring the distribution effects of higher energy prices and state compensation for years.

The declared 47 percent magnitude of compensation achieved by this concept is based on the assumption that the average price per kilowatt hour of gas, across Germany and for old and new contracts, will be 15 cents until December and then 20 cents from January 2023. Currently, the median price in the so-called basic supply is 13 cents, and 22 cents for new contracts. “In the period from October 2022 to April 2024, explicitly covered by the Gas Commission's relief concept, a median-income household will pay a total of 4,700 instead of 1,600 euros due to the crisis, so it will have 3,100 euros in extra costs,” reports Maximilian Kellner, postdoc in the MCC working group Economic Growth and Human Development, and lead author of the study. “Of these 3,100 euros, 1,400 euros will be reimbursed under this concept.”

The permanently subsidised price for the bulk of consumption ensures that the relief in percentage terms is roughly equal across all income groups. Compensation increases if the crisis worsens: “At a market price of 30 cents, a household would be reimbursed 60 percent of the additional costs rather than 47 percent,” says MCC researcher Kellner, who supported the work of the Gas Commission as a so-called sherpa. “Households will also benefit from savings through reduced consumption.” To this end, the concept indeed provides incentives: the one-off payment and the subsidised basic quota are calculated according to a predefined consumption; those who save gas still get the full reimbursement.

Critically, the study notes that halving the extra costs means that, in absolute terms, the state will make larger payments to households with high gas consumption, i.e. usually those with large living space and substantial income. In principle, this could be modified: if the reimbursement were designed as a payment subject to normal income tax, or if an absolute limit were included in the subsidised basic quota, in addition to the relative 80-percent limit. But both options currently fail due to administrative hurdles. A credit on the gas supplier's account is difficult to be included as income for tax purposes. And the utility company does not know whether a high-consumption gas metre belongs to the much-cited swimming pool or to an apartment block with several low-income households.

“Given the time pressure, the Gas Commission has achieved a decent result with substantial relief,” judges Ottmar Edenhofer, MCC Director and a co-author of the study. “However, the construction of a one-off payment and a price brake is still socially unbalanced, and payment via the utility companies is an administrative crutch. For an efficient social balancing of energy and climate policy, a channel for state direct payments to households is needed quickly. The crutch must become a bridge.”