Too expensive, pointless, and others should do more: a new study sheds light on the excuses for doing nothing that circulate in the public debate on global warming. 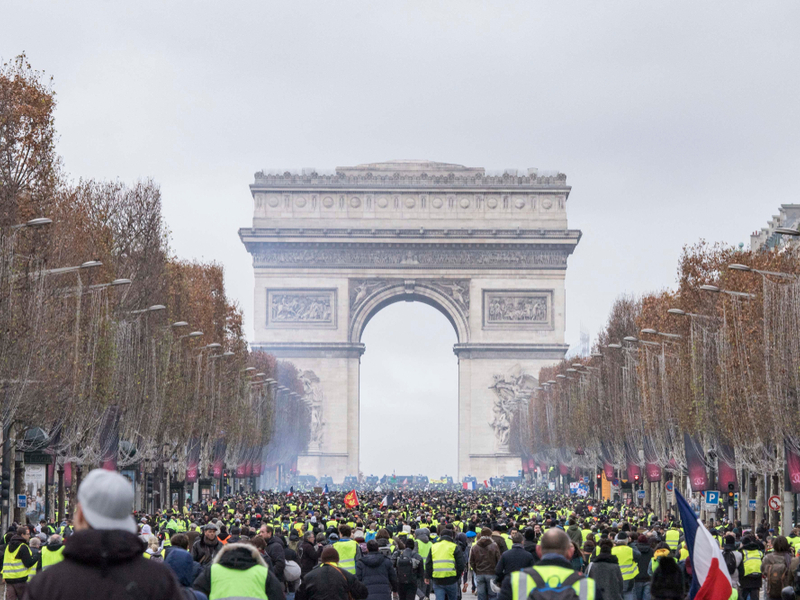 Yellow vests protests in Paris (archive picture): according to the study, the claim that climate protection would overburden the socially weak is only one of a total of twelve argumentation patterns. | Photo: Shutterstock/N. Economou

Anyone who simply denies human made climate change and openly ignores science will hardly find a hearing any more among political leaders. However, too little is happening – according to the calculations of the Intergovernmental Panel on Climate Change, the temperature targets agreed in the Paris Agreement will be missed by far with the measures adopted to date. How resistance to ambitious climate protection functions rhetorically today is being examined in a new study under the leadership of the Berlin-based climate research institute MCC (Mercator Research Institute on Global Commons and Climate Change). The study has now been published in the journal Global Sustainability.

"As a group of social scientists studying climate change, we have observed recent debates and created a typology of climate delay discourses", reports William Lamb, researcher in the MCC working group Applied Sustainability Science and lead author of the study: "We focus on arguments that seemingly acknowledge climate change is a problem, but nonetheless downplay the need for action.” The analysis is supported by quotes and contributions to recent discussions from politics, business, and the media. “Our survey enables scientists, climate advocates, and policymakers to recognise typical climate delay argumentation patterns when used in discussions, and to counter them."

According to the study, the plea for not, or at least not adequately, reacting to the climate crisis is usually based on one or more of twelve argumentation patterns, along the four following core statements: (1) someone else should take action first, (2) mitigation is possible without fundamental, disruptive changes, (3) strong climate policy would be politically and socially unjustifiable, and (4) a change of course is no longer possible. "The tricky thing is that there is always a grain of truth in all such statements," says MCC researcher Lamb. "But these important aspects of the climate debate often become instruments of a prevention strategy that aims to avoid stringent action and protect material assets in the short term. That is why ambitious climate protection requires clear communication. Our study makes a contribution to this." 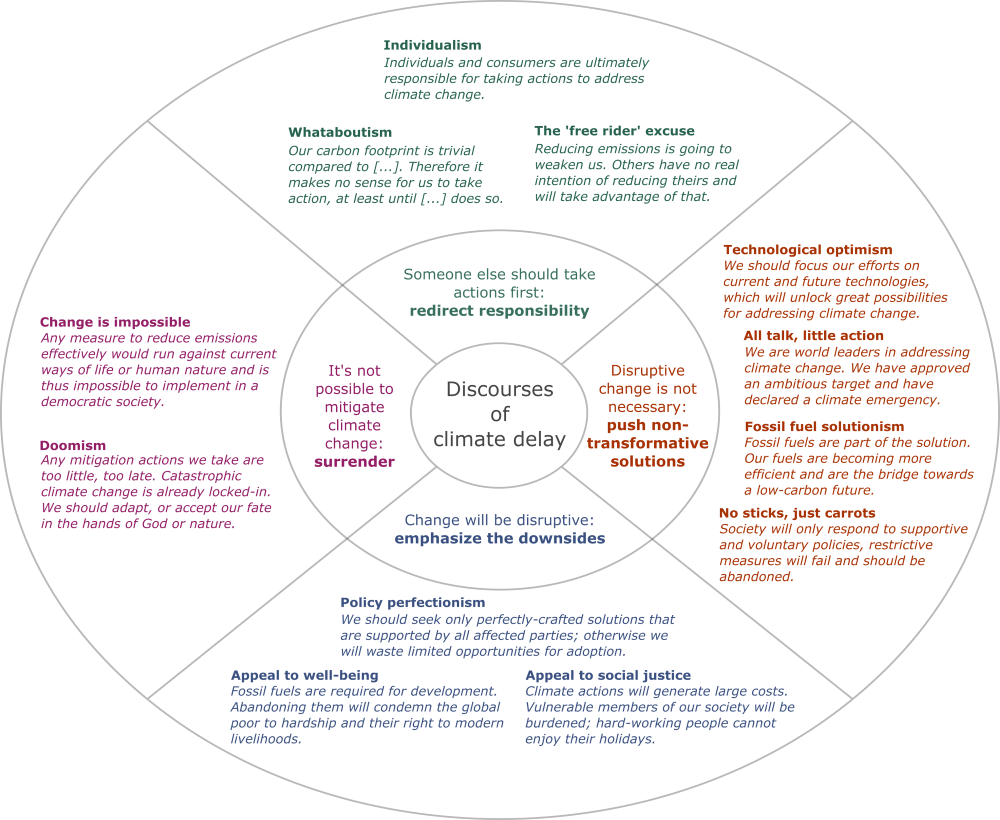